On November 18th, Yubin released her first teaser images for ‘TUSM‘. She will release her second solo album ‘TUSM‘ on November 27th at 6PM KST. This is her first comeback after she made her debut with title track ‘Lady‘ and first single album ‘City Woman‘ on June 5th this year. 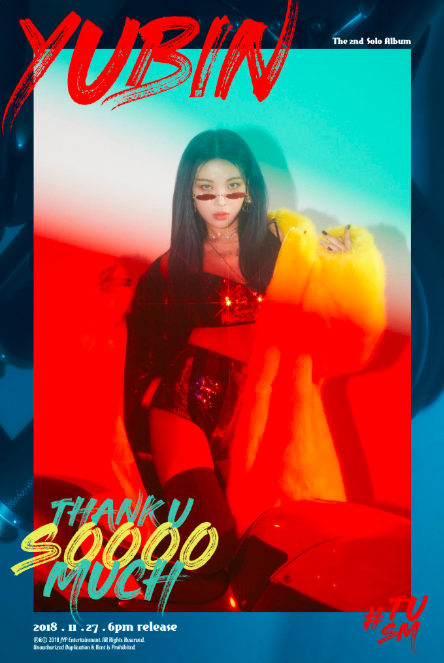 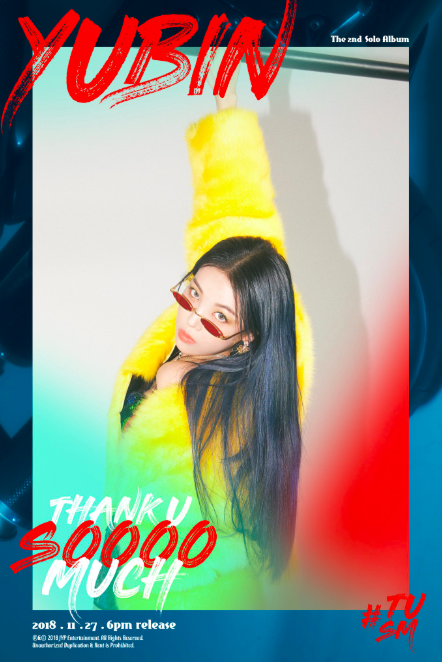 The abbreviation ‘TUSM‘ stands for “thank u soooo much“, according to these teaser images. Yubin is going for a retro style as she dons a fluffy yellow coat and red sunglasses. Her outfit makes her look youthful and chic. The teaser images also feature bright neon colours that are blue and red. Her comeback will probably have a cool concept and the song might have retro vibes, which fits her image.

What do you think of Yubin‘s first teaser images for ‘TUSM‘? Let us know in the comments below.