Yoon Jisung has released the track list for his upcoming special album ‘Dear diary‘. It will be released on April 25th. This is his first comeback since his solo debut this year with title track ‘In the Rain’ and first mini album ‘Aside‘. Check it out below! 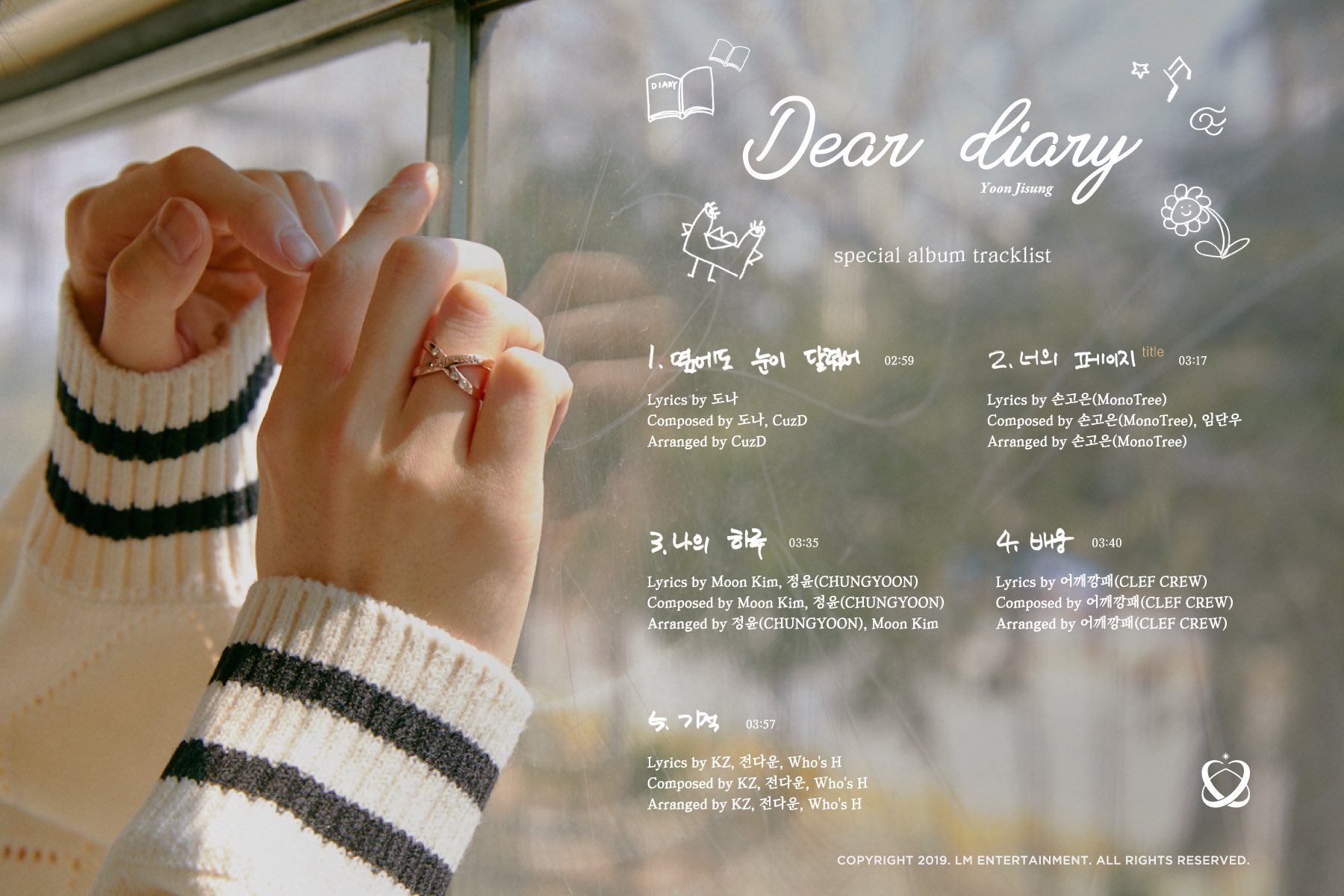 Jisung is the first former Wanna One member to have a solo comeback. Even though Sungwoon and Jihoon have already made their solo debuts, they have not yet made a comeback yet. Meanwhile, Jinyoung is making his debut soon and Jaehwan and Seongwoo are holding fan meetings. Daehwi and Woojin are debuting as a part of AB6IX soon. Minhyun will make his comeback with NU’EST soon – it is their first comeback with five members in three years. Stay tuned!

What do you think about Jisung‘s track list for ‘Dear diary‘? Let us know in the comments below.