On May 6th, WINNER released many mysterious concept object teasers on their official Instagram for their upcoming comeback on May 15th. Check them out below! 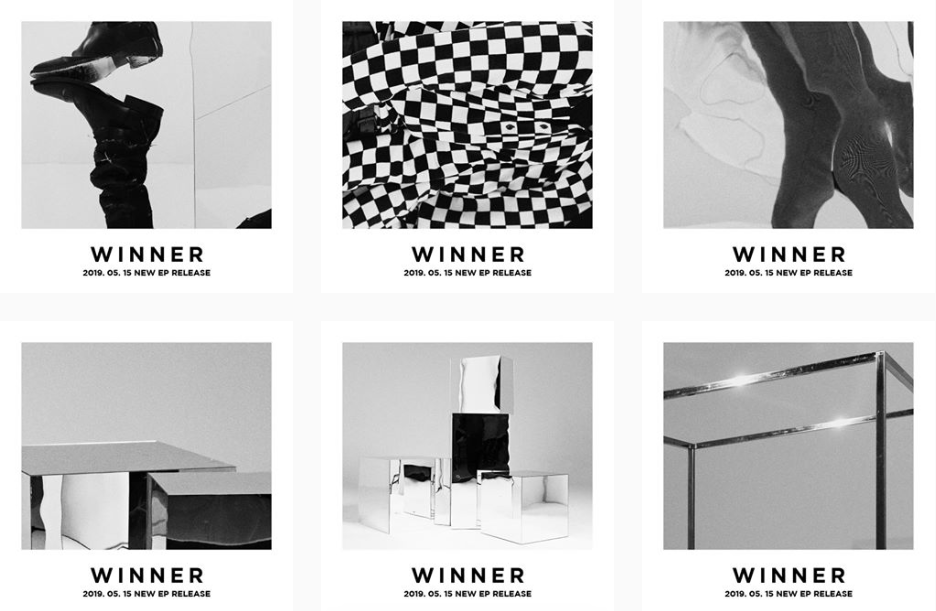 Each set of teasers is accompanied by a quote.

The first row of teasers – the members’ stylishly-dressed bodies – is accompanied by the quote: “WE OR NEVER“.

The next two rows of teasers – different black and white objects – is accompanied by the quote: “WE’RE ON OUR WAY“.

The last row of teasers – different black and white patterns – is accompanied by the quote: “IT POINTS TO THE IDEA OF WHOLENESS“.

These cryptic photos and quotes only incite even more curiosity from fans. It seems like they are trying to tell their fans something important, relating to the idea of being together.

Fans are extremely excited to see what WINNER will come back with on May 15th. Their last full comeback was more than a year ago with title track ‘Everyday‘ and album ‘EVERYD4Y‘. However, they released the single ‘Millions‘ on December 19th last year. Stay tuned!

What do you think about WINNER‘s new concept object teasers? Let us know in the comments below.