UNB is part of the ‘Boyhood’ in debut schedule!

UNB is part of the ‘Boyhood’ in debut schedule!

Another debut for fans to look forward to! ‘The Unit‘s UNB will be making their debut quite soon. They have dropped their debut schedule ahead of time. So, check it out below! 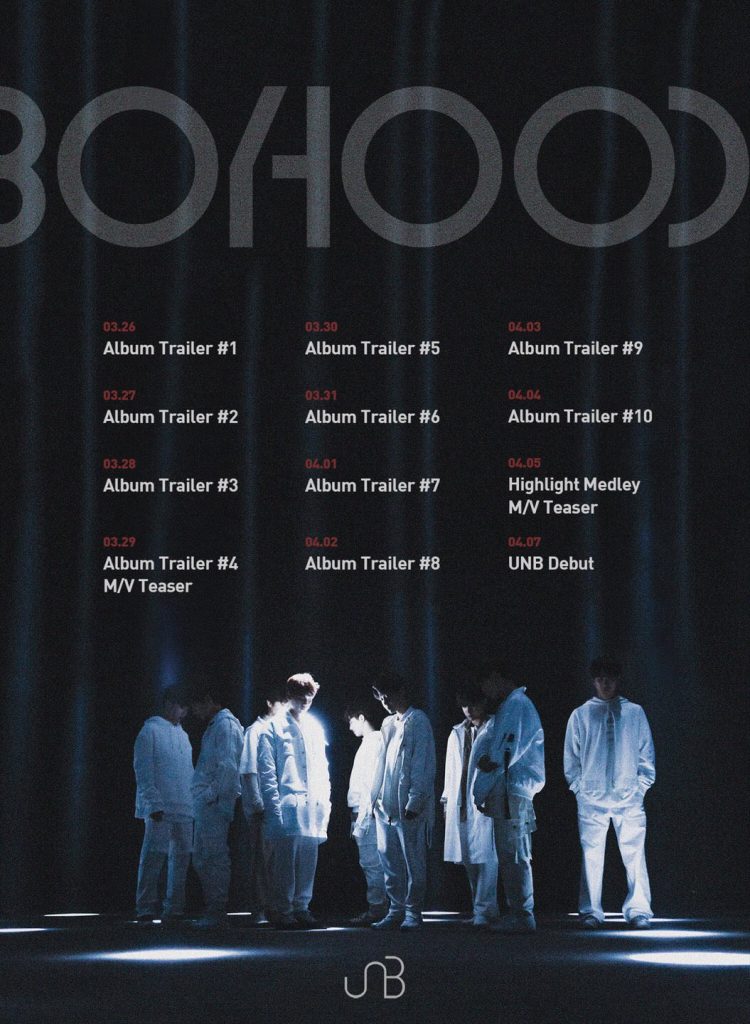 They have a lot in store for the fans. There will be releasing a total of 10 album trailers starting on March 26th to April 4th. There are spread throughout these dates. They will also be releasing two MV teasers on March 29th and April 5th and finishes off their teasers with a highlight medley on April 5th.

UNB will make their hot debut with ‘BOYHOOD‘ on April 7th. Are you excited for their debut? Let us know in the comments below!

Officially Kmusic will continue to keep you updated!