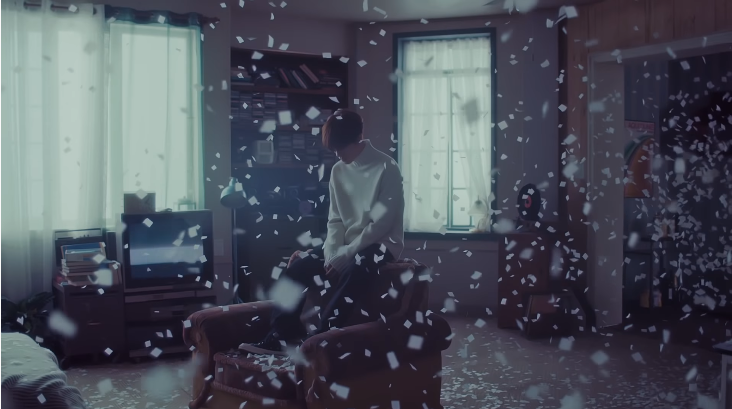 On June 5th, TREASURE‘s Bang Yedam dropped the music video for his digital solo single, ‘Wayo’. Check it out below!

The single’s lyrics describe the feelings of a post-breakup, trying to get the love back from the ex-lover and why one lover isn’t fine with the other and has moved on. The song leads this sad story with a lonely guitar melody for the majority of the track, before finally hitting a light synth in the bridge, and claps for the final refrain.

The MV follows this story line with the soloist sitting at home alone, in the dark, looking over the memories he had with a lover through the receipts they received after sharing meals. He eventually rides his bike outside and finds his ex. Looking at her from afar, he sees she’s talking to another guy, seemingly fine after their breakup. This then leads to the final scene where he rides out of town, eventually falling over on to the road, wallowing in sadness.

The solo single marks the first of any music content from YG Entertainment‘s upcoming boy group set to debut this coming July. This song acts as a gift to fans of the singer, who have followed him since his pre-debut days back since 2012 where he participated in SBS’ ‘Kpop Star 2‘ and was scouted by the entertainment company.

How do you feel about Bang Yedam‘s single? Let us know in the comments below!