SHINee reveal more details about ‘The Story of Light’

SHINee reveal more details about ‘The Story of Light’

SHINee have released the comeback schedule for their 10th anniversary comeback.

Starting from May 18, the group will be releasing a continuous stream of teaser images, spoilers and trailers in the lead up to the release of ‘The Story of Light Ep. 1‘ on May 28.  It has also been revealed that the title track will be ‘Good Evening‘. 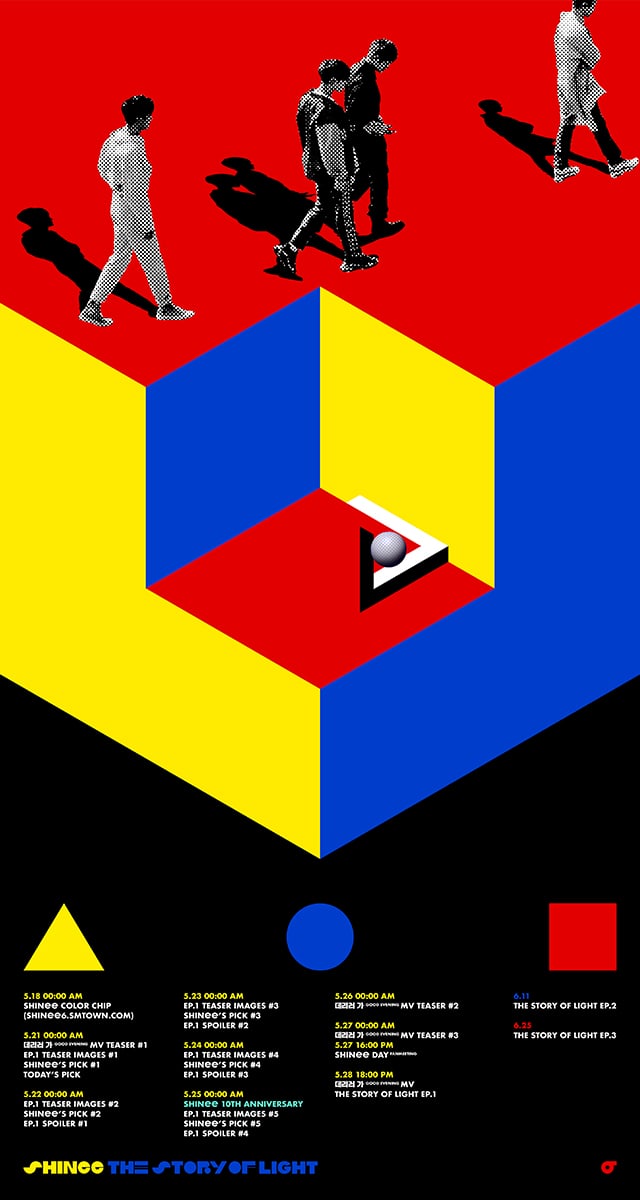 According to SM Entertainment, SHINee will be performing the first title track ‘Good Evening‘ for the first time during their 10th anniversary fan meeting, ‘SHINee Day‘, which will be taking place on May 27.

The next teaser will be released on May 18, so stay tuned!

What do you think of the news of SHINee‘s 10th anniversary comeback?  Are you looking forward to hearing their new material?  Let us know your thoughts in the comments below.