SF9 gives you a preview into their upcoming ‘MAMMA MIA’ album!

SF9 gives you a preview into their upcoming ‘MAMMA MIA’ album!

SF9 continues to tease for their upcoming return. This time, they have revealed the track list and highlight medley. So, check them out below! 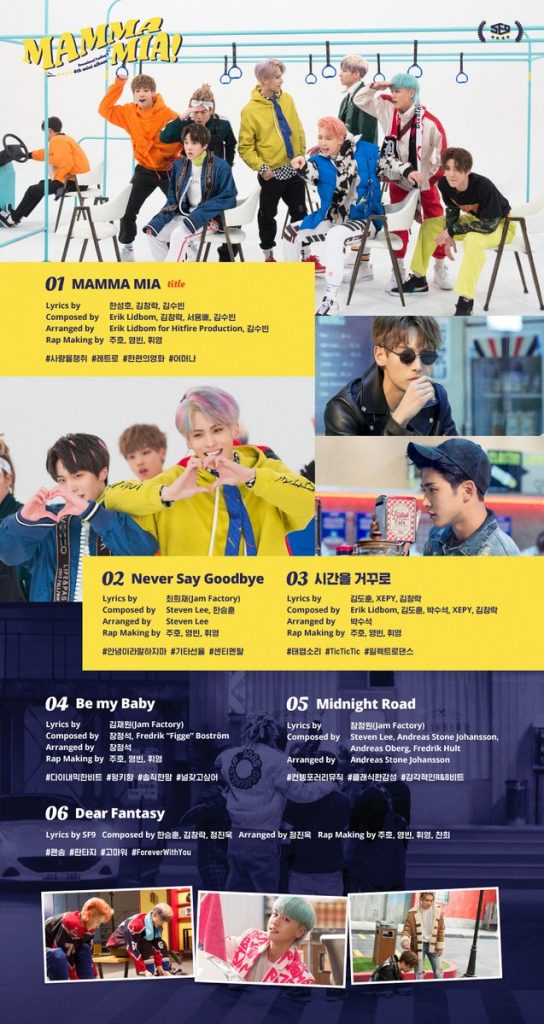 There is a total of six tracks including the title track, ‘MAMMA MIA’, ‘Never Say Goodbye’, ‘Be My Baby’, ‘Midnight Road’ and ‘Dear Fantasies’. It appears that the final track has been written by the members themselves with the track dedicated to their fans.

Meanwhile, in the highlight medley, it allows fans a chance to listen to the tracks. Which track has caught your attention? Let us know in the comments below!

SF9 has also dropped their album packaging details. This album will have a sleeve and hard cover digipack. There will be a booklet, a CD, a casting cover card, a poster, a selfie card and a photo ticket card. Will you be getting the album?

On top of that, the boys have dropped their second intense video teaser. The way it is filmed gives off a movie trailer where they introduce each member in quite a dramatic way. It looks like we can expect great things from SF9. Then we are hit with a cute happy vibe of the track at the end!

SF9 will make their return on February 26th.