Planetarium Records drops the tracklist for their upcoming single, ‘Day: Off’

Planetarium Records drops the tracklist for their upcoming single, ‘Day: Off’

Yes, that is right! We will be getting more music from the group, Planetarium Records (also known as PLT). They will be making their return with a new single, ‘Day: Off‘. So, check out the tracklist below! 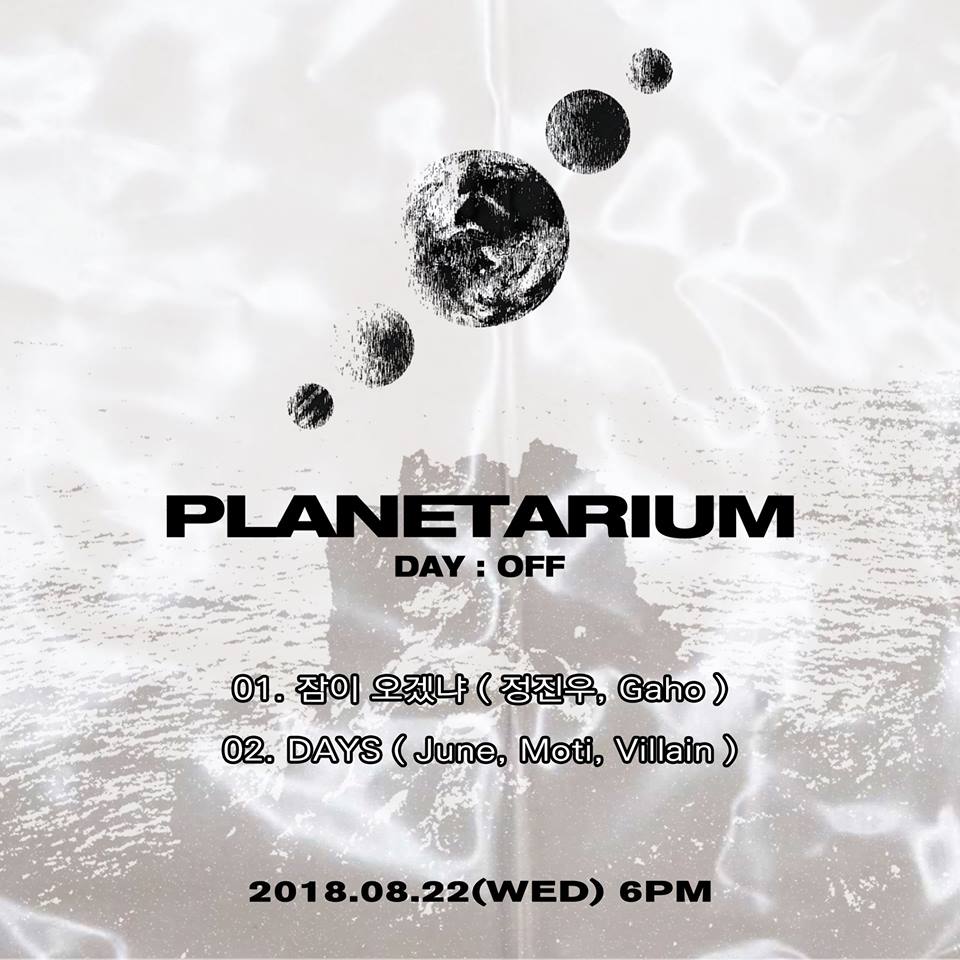 For this single, there will be a total of two tracks. It appears that for this single, the group of five members have split off into units and will be performing in one of the two tracks. The first track is called ‘Will You Sleep?‘. The ones who will be participating in this track is Jung Jinwoo and Gaho. The second track is called ‘Days‘ and it will feature member June, Moti and Villain.

Meanwhile, this single will be dropped on August 22nd. Are you excited? Let us know in the comments below!

Scroll for more
Tap
The Boyz prepares for a single album, ‘The Sphere’
GWSN enjoys the view in latest ‘The Park In The Night’ teasers
Scroll