It was revealed that Nega Network, known for Brown Eyed Girls, 50kg and Yoari, will be debuting new group LUNAFLY.

LUNAFLY will be a new group consisting of three members: Teo, Sam and Yun. Their official Twitter account was opened recently. Brown Eyed Girl’s leader, JeA, updated her own Twitter with photo that shows her and LUNAFLY’s three members. 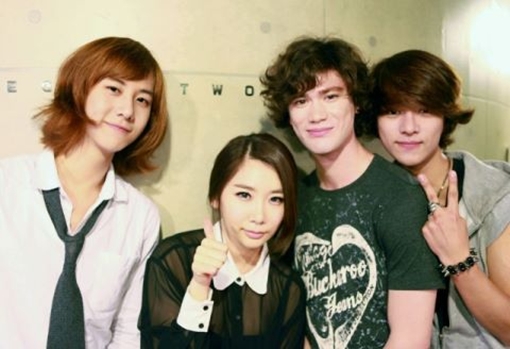 Their official debut date hasn’t been announced yet as well as LUNAFLY’s music genre. Stay tuned for more updates.