LUNAFLY Is Back With A New Album!

LUNAFLY Is Back With A New Album!

Yes, LUNAFLY is back with a brand new album and we have the teaser to prove it! The members made it official through their social media site, Official LUNAFLY. Check it out below: 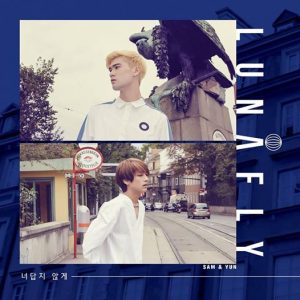 LUNAFLY’s lineup once included members Teo, Jin, Yub, but they withdrew from the group. Now the group consists of Sam Carter and Han Seung Yun, aka Yun and they are signed under Nega Network Entertainment.

The two member boy group reached out to fans by using ‘Makestar’, sort of like a kickstarter, to raise money for their album to reach their goal of $6,000. They managed to exceed their goal by raising an amazing $13, 390.62! That’s some awesome fans the group has and they are proud of them.

The new album will drop on December 26th at 12:00pm KST. So, are you ready to see what LUNAFLY has in store?

Scroll for more
Tap
MBC’s ‘Missing 9’: All You Need To Know So Far!
How to Watch ‘Goblin’ When You’re Promoting: A Guide By S.Coups
Scroll