With the exception of their digitally released single “Goodbye”, “Stop It” is B.A.P’s sixth promotional single this year!  The group had only just debuted this past January but they have been so adamant towards their musical career that it’s hard to believe they’re rookies.  “Stop It” contains three new tracks that exhibit a splurge of refreshing colors quite different from what one would expect from the group who are usually perceived as tough and edgy.

The first song is called “Yes Sir” and like previous intro songs from their past albums, it is energetic and playful but potent enough to set an impressionable statement to the listeners.  The music consists of beats and samples that resemble street noises, most significantly the whistle.  It stands out the most and serves as a regulator that holds up the rhythm of the song while the bass has a consistent mid tempo.  Daehyun also always brings the intro songs to a great close with his amazing vocals and his short performance in this track does just that. 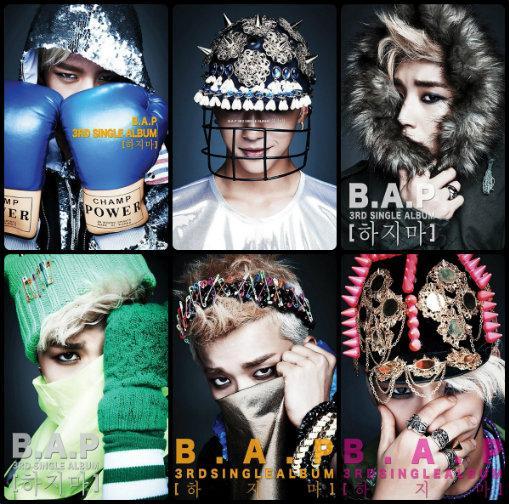 “Stop It”, the title track for this single, is surprisingly so cute!  The feel of their recently promoted song “Crash” was quite soft and poppy, so I assumed that B.A.P would choose to resume with their manly image for the release of this single.  However to everyone’s surprise, the group again went for another charmingly attractive Pop song.  The song isn’t overly Bubblegum for it incorporates a heavier bass than typical Pop songs but it is melodious and catchy with a mid to high tempo.  The song depicts a man who is in the midst of coaxing his girlfriend, reasoning with her to cease from being so quick to anger.  The music video for this song is also quite entertaining with its devil/angel themed storyline, bringing smiles to the faces of most viewers.  In contrast, after witnessing leader Bang Yong Guk’s efforts in wooing the female lead in the music video, others will probably attempt to throw their computers across the room.  Either way, this song is the most adorable piece of work that B.A.P has put out.

The final song from this single is named “Happy Birthday” and I’m sure every girl would die to have B.A.P sing this to them on their special day.  This song would fall quite nicely into their collection of ballads though I’d say it is not as heavy as the others.  “Happy Birthday” is lighter and sweeter, a happy love song dedicated to that special someone.  The simplicity of this song is what makes it so appealing because the music is more of an accompaniment in the background whiles their voices shine through. 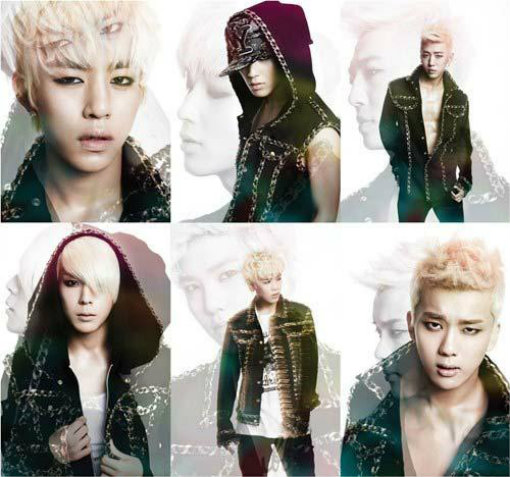 Although not an entire 360 degrees alteration, the small differences in approach to the music present in this album is refreshing.  It shows the flexibility and range that B.A.P can adapt to and I think they did a great job in regards to their performance.  Although this album is not their strongest, I appreciate the dedication and hard work they put in to “Stop It”.  You have to praise or at least acknowledge the fact that B.A.P manage to put out four EPs and a repackaged album in just ten months of debuting into the industry; not only that but the fact that Bang Yong Guk composed most of their songs and their actually quality music makes the group even more impressive.  So be sure to wait for B.A.P’s future endeavors but in the mean time, give “Stop It” a listen.

This is the music video for “Stop It”.

Review By: Samantha Her & Alona