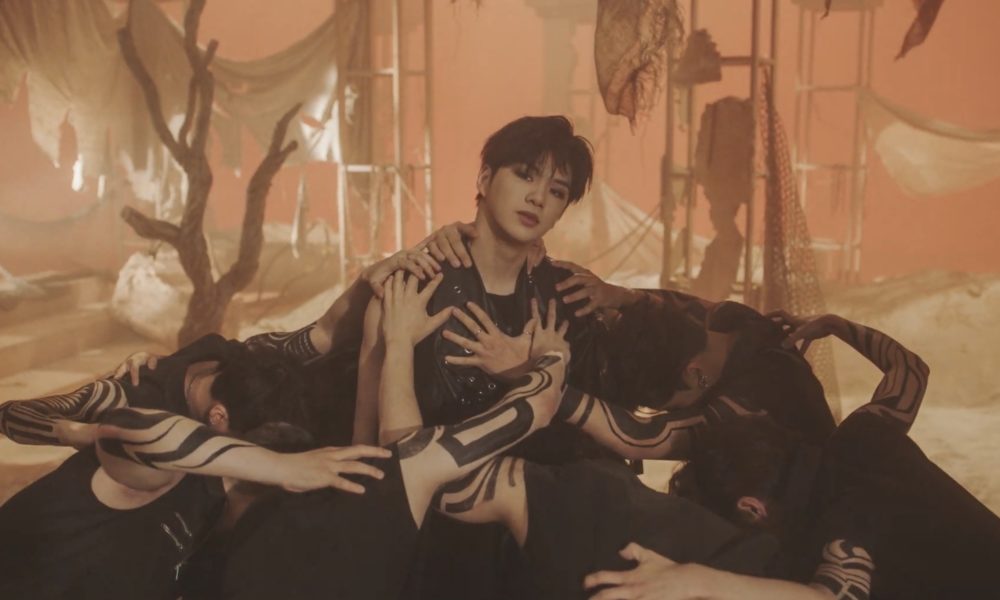 Talented soloist Kang Daniel recently released his 2nd Mini Album ‘Magenta’, consisting of 6 songs including ‘Flash’, ‘Waves’, ‘Runaway’, ‘Movie’, ‘Night’ and the title song ‘Who U Are (개워)’ which he just released the new MV for! Kang Daniel has also taken part in composing lyrics of his songs in the mini album ‘Magenta’ that also features a lot of other talents like AOMG’s Simon Dominic, singer Jimin Park who also goes by Jamie and DVWN and even rapper Yumdda.

‘Who U Are (개워)’ is a song mainly about expressing his urge to really get to know someone he is interested in on a deep level. The MV consists of Kang Daniel and his dancers performing in a desert-type of atmosphere in all black with fire in the background and also in another scene dressed all in white. Throughout the MV you also see solo killer visuals of Kang Daniel either involving sand, surrounded by spears or icy-like conditions. Check it out below!

What are your thoughts on Kang Daniel’s new MV ‘Who U Are (개워)’? What’s your favourite song on ‘Magenta’ so far? Let us know in the comments below!