The Rose, being a relatively new band, releasing their first official song ’Sorry’ in August last year, surprised their Black Roses  when they announced their ’Paint it Rose Tour’ in Europe back in December. We had an interview with the boys to show you more of their fun personalities, then we saw them live at their final stop in Budapest, Hungary. 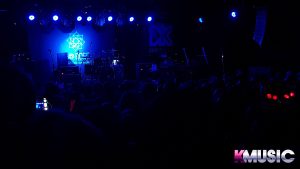 With only two songs released at the time of the tour, fans were curious and excited to see what else the boys had in their pockets for their shows. Despite the freezing cold weather, fans were lining up inside and outside of the venue hours before the concert, shivering, but with high spirits. They didn’t seem to care much about the temperature, their excitement of seeing the boys overpowered everything else. When the doors opened to the concert hall, fans happily ran to get the best places possible. While they were waiting for the concert to start, they were talking, cheering and singing along to the songs playing from the speakers to keep them entertained. When the lights went dark, everyone started screaming with joy, welcoming the band in the warmest way possible, then they finally entered the stage. 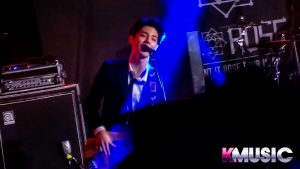 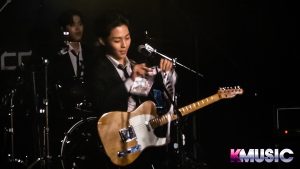 The Rose brought a repertoire of eight original songs (six of which are yet to be released) and ten of their favorite covers from various artists. They started off with one of their own songs, ’California’, that was definitely a good choice to spice up the mood even more. It’s a really enjoyable, faster paced song that got the crowd pumped. Following ‘California,’ they performed ’Chocolate’ from The1975 and ’Happy’ by PharellWilliams. Fans were screeming and chanting, showing the boys all their love. 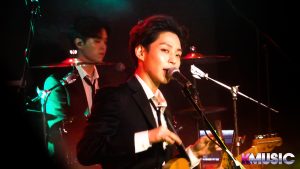 After the first batch of songs, the boys introduced themselves one by one and greeted the fans cheerfully. They mostly used Korean, but Woosung and Dojoon added some English too, which was a nice touch and they got loud applause in return. Then they performed another one of their original songs titled ’OMG’, which is a real jam and made the fans go even wilder than before, clapping and singing the chorus with the boys. 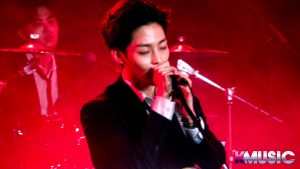 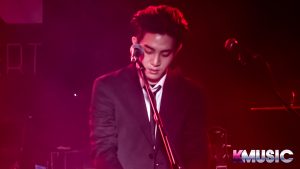 Following was another talking session, where the members were talking about some of their experiences on tour and how they felt really happy to be there with their Black Rose. They performed two more unreleased songs, ’Beautiful Girl’ and ’ILY’. By performing all these new tracks, they could really give their fans a good reason to keep supporting them and wait for their next comeback, which is planned after finishing the tour. 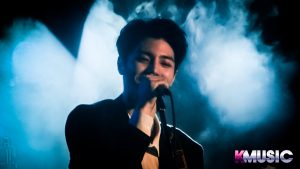 While talking to their fans, the boys went on calling them beautiful again and again, getting the loudest screams ever, melting away all the girls’ hearts in the hall. Up next they played two covers by Korean groups. They performed ’Missing You’ by 2NE1 and ’Last Dance’ by BigBang, and they got blasted by the combined voices of the fans, who were singing along both songs by heart. 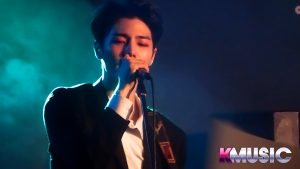 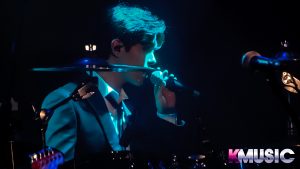 Finishing those two songs, Woosung and Hajoon left the stage, leaving Dojoon and Jaehyeong to perform their solo stage, where they showed up their individual talents. They played the song ’Scars’ by JamesBay, Dojoon playing the guitar and singing, while Jaehyeong left his bass guitar and sat behind the drums. 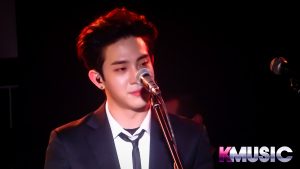 Next up was the solo of the other two members. Woosung and Hajoon came to the stage all changed, ready to surprise fans once again. They performed ’Say Something’ by Dean, both playing the guitar, Woosung singing with his angelic voice, followed by Hajoon’s beatboxing. 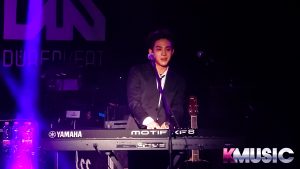 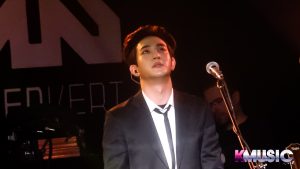 When Hajoon and Woosung were finished, the lights went out, Jaehyeong and Dojoon came back on stage with a birthday cake in hand. It was Woosung’s birthday, the other members and the fans sang the Korean  version of the Happy Birthday song together, leaving Woosung with a huge smile on his face.

They started off the next block with their song ’Photographer’, for which they taught the fans to sing part of the chorus with them. While they really seemed to enjoy this fresh, upbeat song, fans gave their all while screaming their part at the top of their lungs. Next they played two other covers, ’Marry You’ by BrunoMars and Ed Sheeran’s ’Thinking Out Loud’, which also led to joint singing by the fans. 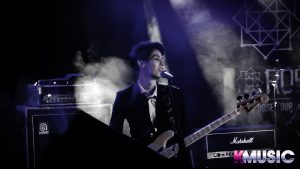 In the following talking break, the boys were showing off their language skills by saying some sentences in Hungarian, for the fans’ greatest pleasure. Of course the unmissable ’szeretlek’ (I love you) had to be one of them, and when Jaehyeong said it, he was rewarded with the loudest screams of the whole night. Then the band performed their latest single, ’Like We Used To Be’, causing the fans to scream once again, their enthusiasm not running out at all. Following up they also played another original titled ’Baby’ and a cover by Coldplay, ’Viva La Vida’. 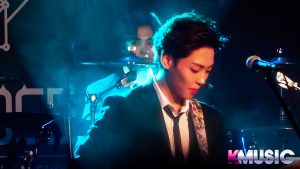 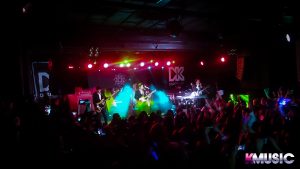 By now everyone knew the show was slowly coming to an end, but the fans’ unfailing cheerfulness was still present and the members were still playful and funny. They talked about how fast this tour was completed, how they still remembered waiting for it to come, counting the days, and now it was almost over and they had to go back to Korea the following day. They thanked their fans for their love and support, also thanked MyMusicTaste for making the tour possible for them.  They kept their official debut song to the end. Now as they performed ’Sorry’, fans chanted and held up their banners to make sure the night will be unforgettable for the members as well. 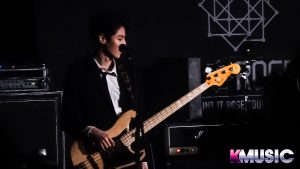 After finishing their song, the boys said their goodbyes and left the stage, but people just couldn’t get enough of them. The members entered the stage one last time to perform their encore song, ’Breakeven’ by TheScript, giving their all to this last song. After the concert, VVIP ticket owners could take part in a meet&greet and get group photos taken with the band. 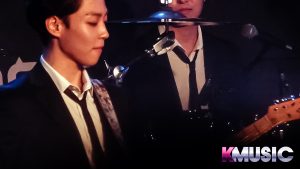 Overall the show was well put-together, very enjoyable and entertaining. They kept close contact with the fans performing and showed real joy while playing music. The Rose is definitely a group of many talents, we can look forward to hearing from them in the future for sure.

We would like to thank MyMusicTaste for the opportunity to cover this event.