K-EXCLUSIVE: EPIK HIGH stir up the crowd and have fun in Sydney for their ‘Sleepless in’ Australia Tour!

K-EXCLUSIVE: EPIK HIGH stir up the crowd and have fun in Sydney for their ‘Sleepless in’ Australia Tour!

EPIK HIGH performed at the Big Top Sydney in Luna Park on Friday the 19th. The group presented their ‘Sleepless In’ Tour in Australia as they visited Melbourne first and then Sydney, their second and final stop. Without a day to rest, the group performed back-to-back leaving fans in even more awe with their powerful performances! 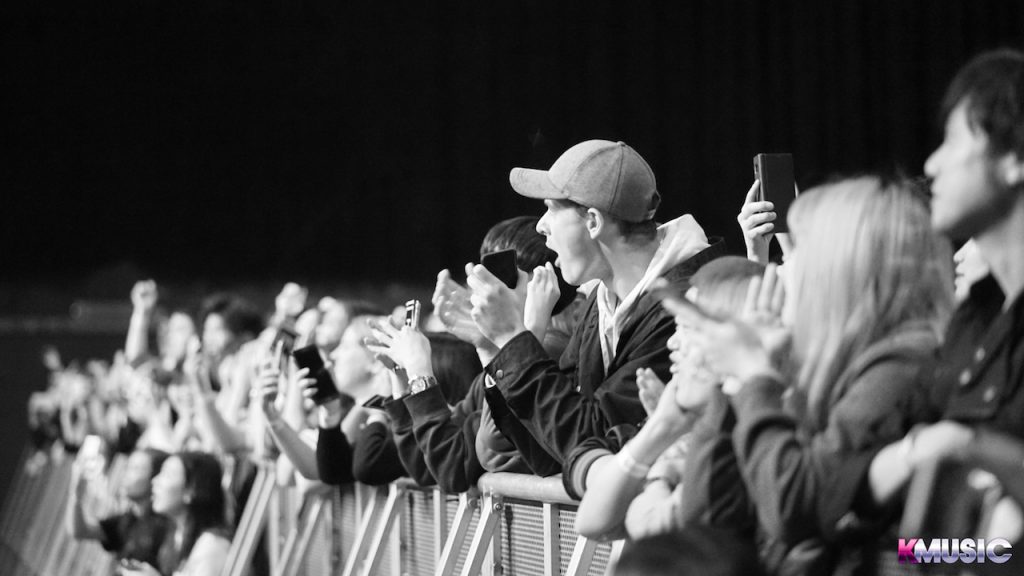 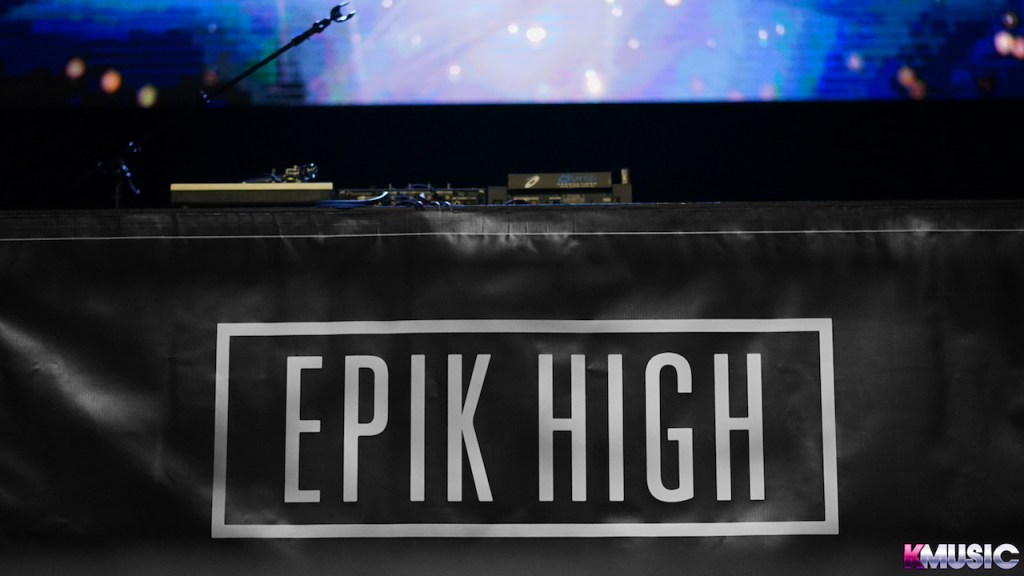 As fans waited inside the venue, the classical music that was playing made everyone even more nervous in anticipation! EPIK HIGH then finally came out and as DJ Tukutz went straight to the DJ booth, Tablo and Mithra Jin stood near the front as they rapped. Everyone started screaming as the group started rapping ‘In Seoul’ (featuring Sunwoo JungA) and as everyone was singing along to it, the song changed to a more upbeat ‘NO THANXXX’ (featuring Mino, Simon Dominic, The Quiett)! An even louder cheer from the crowd could be heard as everyone sang along and bounced to the beat!

Tablo started throwing water and even threw a towel, which he had wiped Mithra Jin with, into the crowd! As the song came to an end, the crowd also calmed down but only for a few seconds! Tablo introduced DJ Tukutz as the “inventor of K-pop and K-pop dance” creating an uproar! After Mithra Jin’s introduction, Tablo introduced himself as ‘aka Haru’s dad’ and the crowd loved it! 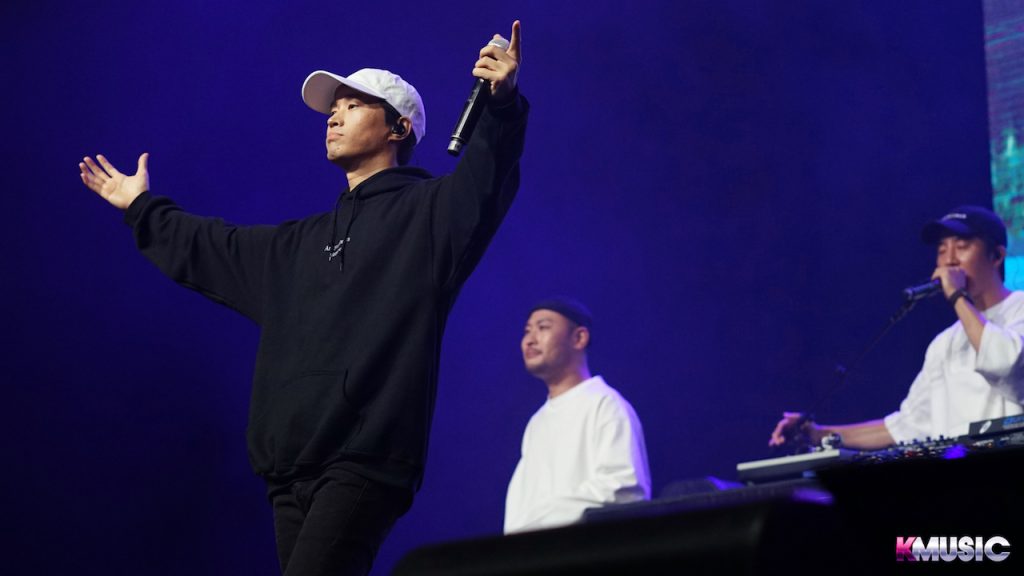 Tablo also expressed his disappointment about how fans seemed so far away from the stage. What caused fans to go crazy was how considerate he was as he announced that “Everyone is going to see us tonight” and the group surely fulfilled their promise!

Straight after their short introduction, Tablo ran down the stairs as ‘Burj Khalifa’ (featuring Yankie, Gaeko) started playing! Running in front of the barricade sections, Tablo made sure to greet as many fans as he could. Whilst ‘Burj Khalifa’ was already creating such hype, Tablo only heightened it as everyone was getting pumped! DJ Tukutz focused on his DJing although he didn’t forget to give Sydney fans some fan service! 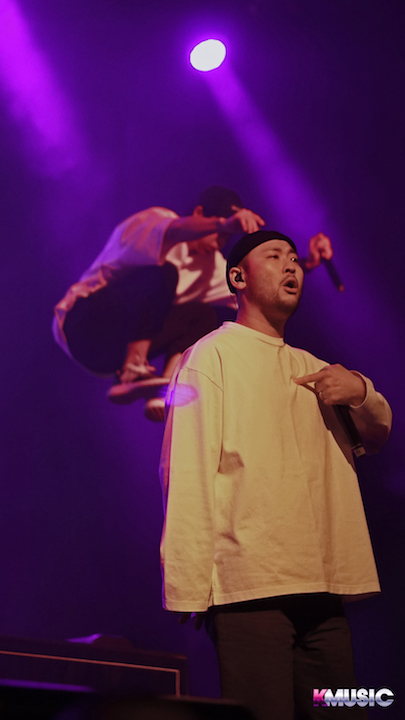 During the next songs ‘Eternal Sunshine’ (produced by Suga) and ‘Bleed’, the group showed off their years of experience as they led the crowd smoothly! Just when we thought the mood was already so high, EPIK HIGH sang ‘Love Love Love’. This was the point when the crowd exploded!

The group took everyone walking through memory lane with the song and everyone was singing along to it! It was really amazing to see everyone jamming to the song that was released over 10 years ago! 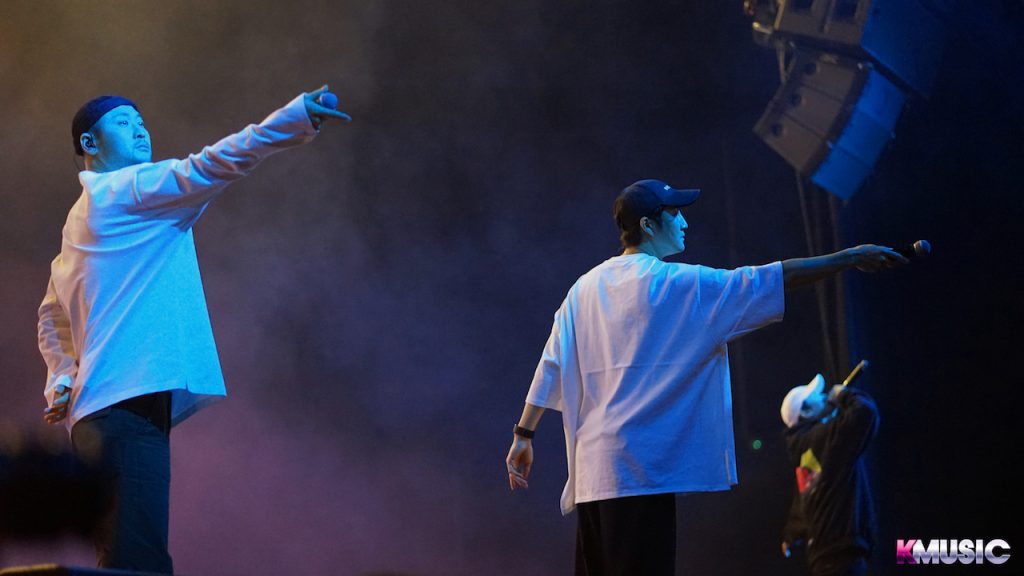 Next was a short talk time where Tablo perfectly, as he said, translated Mithra Jin’s message! With Tablo’s cheeky and hilarious translations, the crowd erupted into laughter! Mithra Jin expressed his fondness of Sydney saying that it was a city that he had wanted to visit. With Tablo’s ‘mis’translation  of Mithra Jin’s speech, the group smoothly moved onto their next song ‘Lovedrunk’ (featuring Crush). As everyone got into the sombre mood, the crowd turned on their flashlights as they swayed it to the song. Matching this atmosphere, the group’s next song was ‘Happen Ending’ (featuring Jo Wonsun).

With that came their next speech time and Tablo said that although there would be lots of different endings after the concert, they would all be happy endings! The next song was ‘1 minute 1 second’ and again, the crowd was pumped as they sang along. After this came a supposed ‘true’ story narrated by Tablo about a very sad man named Mithra Jin who had never experienced love in his life.

Tablo told the crowd that back in 2001 he had (again we stress that this is all from Tablo himself) discovered Mithra Jin amongst leaves, pine cones and squirrel droppings. When Tablo asked Mithra Jin what was wrong, Mithra responded that he had never experienced love. Tablo then took Mithra’s hands and since then they have worked together for 16 years. The amazing storyteller then concluded his story by saying that “it is not until this night that Mithra Jin has experienced love”! 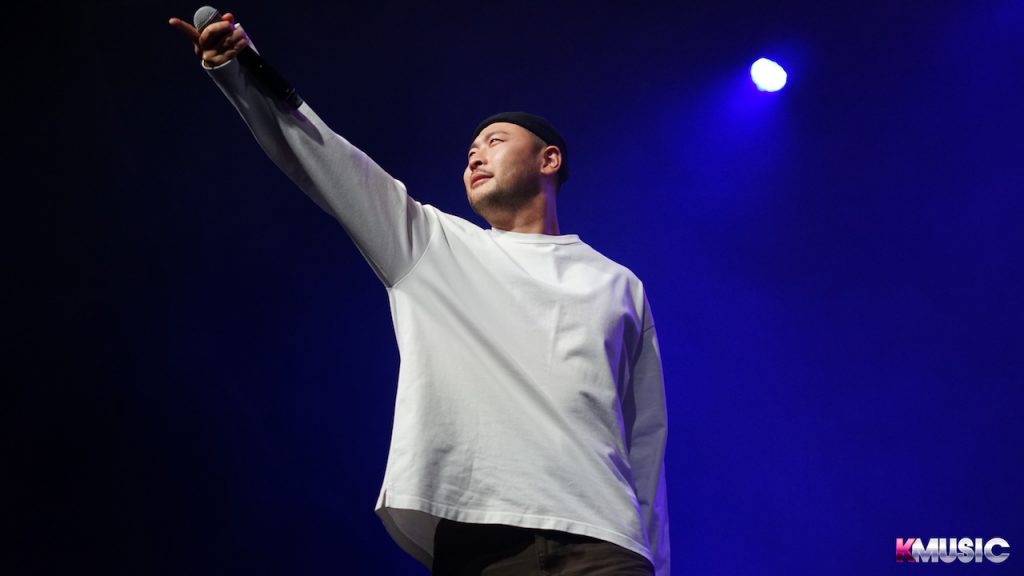 As the crowd laughed along, ‘Kill this love’ played making everyone roar with excitement! What made the crowd scream even more was that Tablo and Mithra Jin were running around the crowd! They made sure to include as many fans as they could by getting close and personal to them! Driving along with this hype, the next song they performed was ‘High Technology’.

‘One’ was the next song and again, everyone sang along with the song that was released over 10 years ago! The group also came together on stage as they showed us what they called ‘true K-pop dance’ and fans cracked up again. In the middle of the song, Tablo got the crowd chanting with him before calling Sydney beautiful! The crowd sang along with the inspirational lyrics of ‘New Beautiful’ and the moment was truly a beautiful sight!

After ‘New Beautiful’ came the group photo. EPIK HIGH showed their considerateness when they asked for the lights to be turned on so that the “beautiful faces on the second floor” could be seen in the group photo! They really are the sweetest! 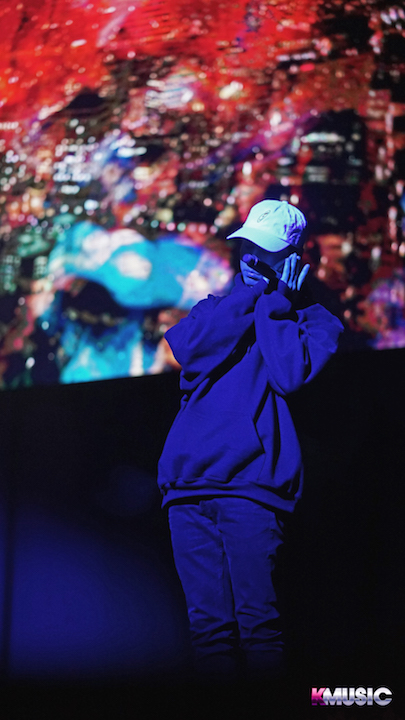 DJ Tukutz then told us that his time in Australia was amazing and that he’d love to be able to visit every year! Tablo also said the next song ‘Fan’ was dedicated to their fans and also that it would be the last song. He said that while other groups usually told fans it was the last song, they’d come back for the encore but that EPIK HIGH wouldn’t do something as cliche as that. The crowd, did not, believe him one single bit!

Just as everyone knew it, after the group left shortly when ‘Fan’ finished, they came back on stage for their encore! The first encore song was ‘Born Hater’ (featuring Mino, Bobby, B.I, Beenzino, Verbal Jint) and everyone was singing along as they shouted once more for EPIK HIGH! The last song for the night was ‘Don’t hate me’ and maybe because it was the last song, the crowd cheered even more loudly! Everyone sang along and it was honestly such a good time!

The concert ended with everyone feeling a sense of fulfilment and happiness! EPIK HIGH kept the crowd pumped and hyped up for the entire time and the fans surely loved how interactive the group were!

After the concert, all the members of EPIK HIGH posted the group photo taken at the concert onto their personal Instagram accounts expressing their love for Sydney once again.

Special thanks to JK Entertainment for giving Officially Kmusic the chance to cover this amazing concert!

Did you go to EPIK HIGH’s concert in Sydney? Tell us what the most memorable part was in the comments below!