‘Hyung (My Annoying Brother)‘ co-stars, Jo Jung Suk and EXO’s D.O. collaborated together for the ending song of their movie which came out on November 23rd. The song titled, ‘Don’t Worry,’ is a beautiful duet that showcases both actors’ smooth vocals. Various scenes from the newly released movie can be seen throughout the video. From the interactions between the two, you can definitely see the brotherly love they have for each other. The song was originally sung by Jeon In Kwon of legendary South Korean band, Deul Guk Hwa. 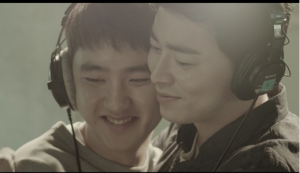 Check out the music video below:

Follow  Officially KMusic for all the latest news in Korean entertainment!