Jeon Jiyoon closes her eyes in her image teaser for ‘Illusion’!

Jeon Jiyoon closes her eyes in her image teaser for ‘Illusion’!

Jiyoon/ Jenyer has dropped the image teaser for her upcoming album ‘Illusion’! 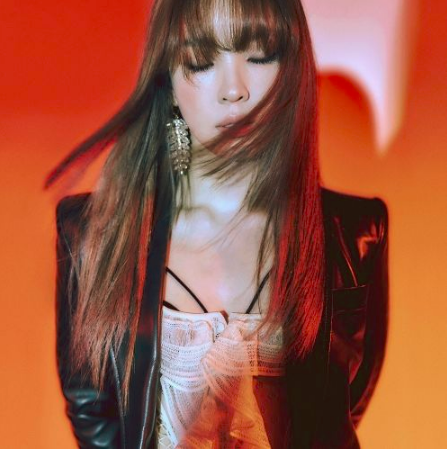 In the image teaser Jiyoon closes her eyes at the camera, whilst wind blows her hair onto her face obscuring our view. The blurry lined orange silhouettes in the background make Jiyoon stand out even further. Her white frilly blouse is contrasted by her black bra and shiny black blazer, giving her an edgy look.

What are you hoping to hear from Jiyoon? Are you excited for her debut? Let us know in the comments below!

Scroll for more
Tap
Watch Eric Nam ‘Runaway’ in his new teasers for his upcoming comeback!
EXID gear up for their comeback with release schedule for ‘ME&YOU’
Scroll