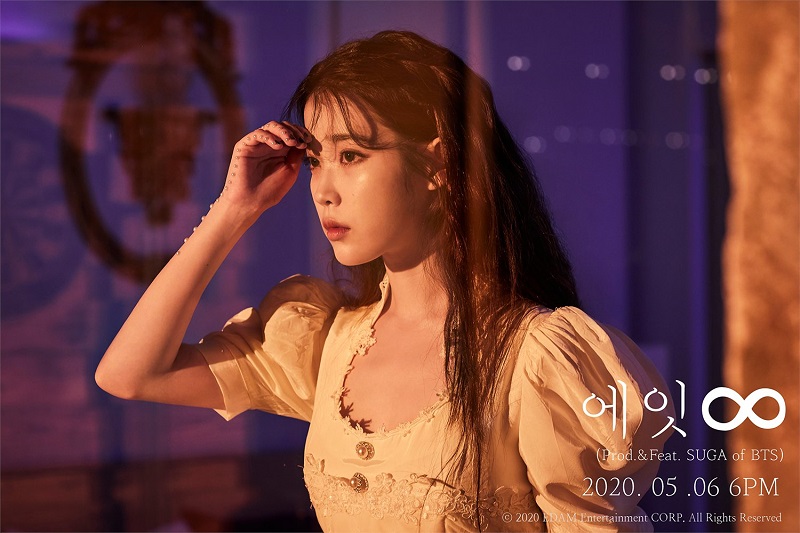 The first teaser image shows the singer in a clean classic white dress, with a split picture where she has neatly painted nail polish in one, and faded polish in the other, creating intrigue around the context of the images. The difference in the arm embellishments (and lack thereof) are also piquing curiosity.

The second teaser image shows the singer’s upper half in the same white dress. But, this is beautifully contrasted with the warm lighting and dark blue background, seemingly a night sky from a window.

This single will mark her first collaboration with the BTS member, stating she wanted to produce music that sounded different to her previous releases. Furthermore, this single will mark her return since her 5th mini album, ‘Love Poem’, released back in November 2019, which sold over 200,000 copies on the Gaon Chart, making the album the highest selling female solo album ever released.

Are you excited for this collaboration? Let us know in the comments below!

Scroll for more
Tap
MONSTA X release track list and mysterious trailers for ‘FANTASIA X’
Day6 prepare for a darker concept for ‘The Book of Us: The Demon’ with trailer film and track list
Scroll