Officially Kmusic would like to wish Red Velvet’s Irene a very happy birthday! 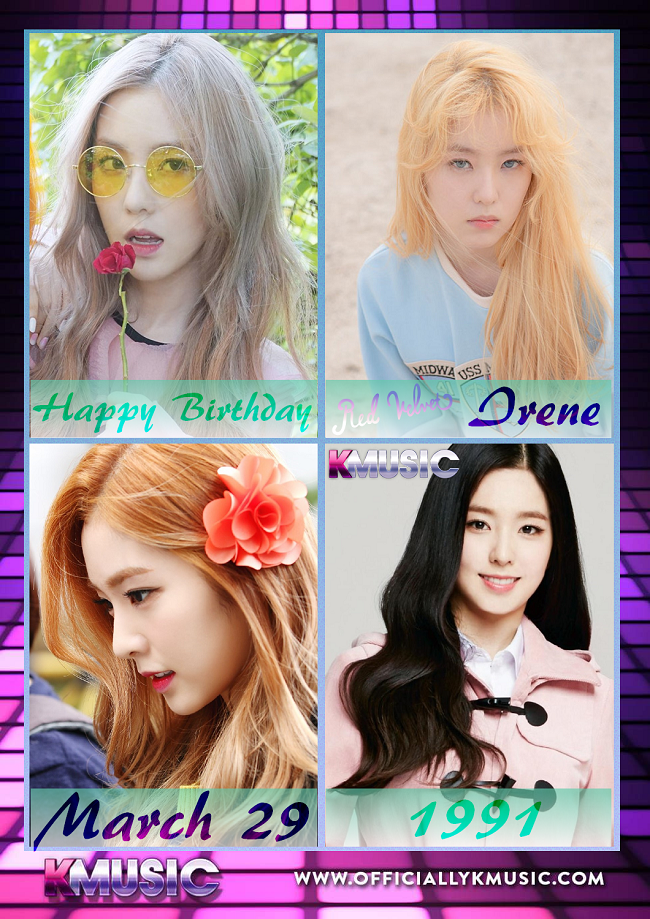 Things to know about Irene:

She was in SM Rookies pre-debut.

She was close to f(x)’s Amber when they were trainees.