Officially Kmusic would like to wish ROMEO a very happy 2nd anniversary! 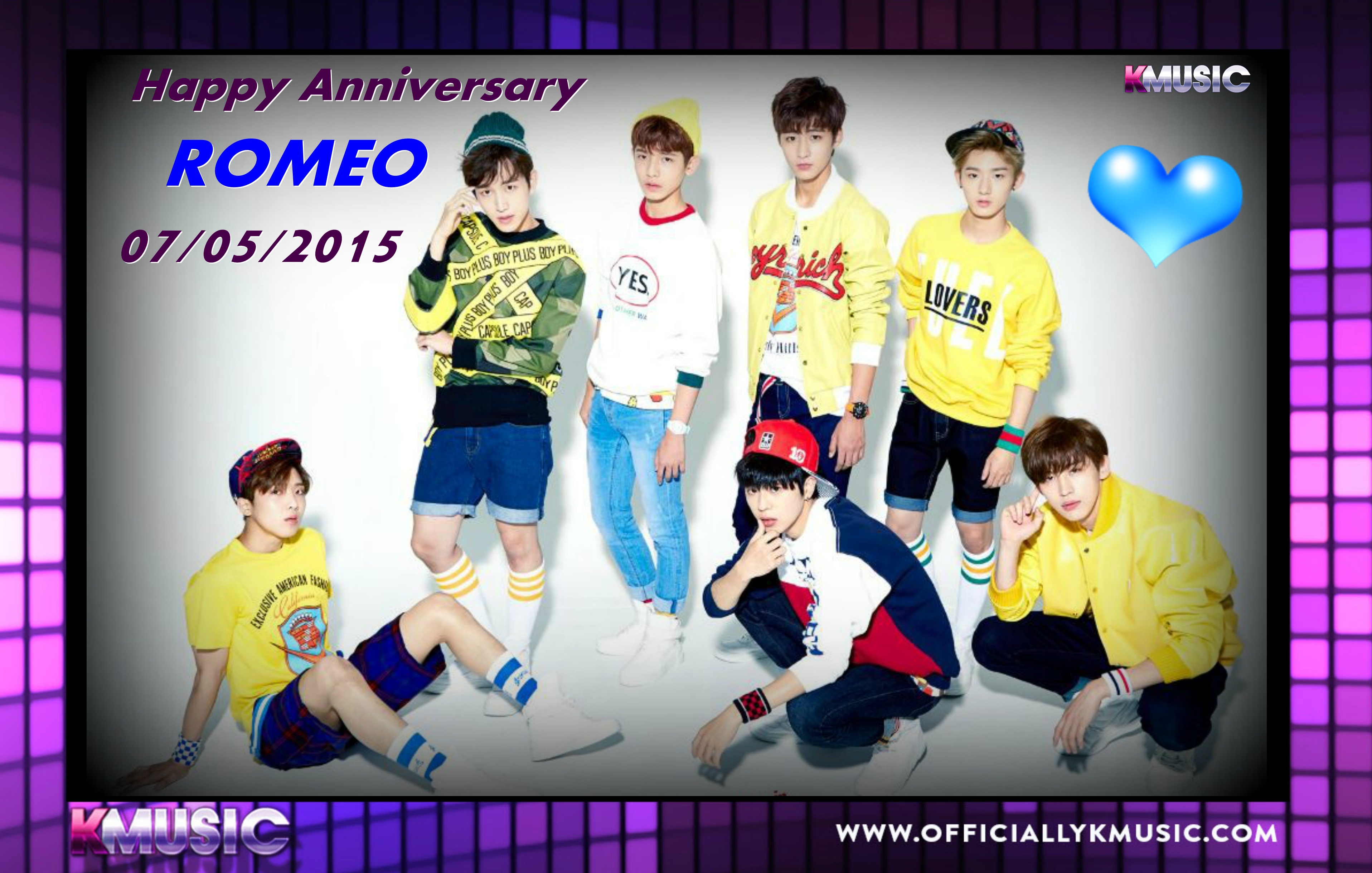 Romeo (Korean: 로미오) is a South Korean boy group under CT Entertainment. The members consist of Seunghwan, Yunsung, Milo, Minsung, Kyle, Hyunkyung and Kangmin. They officially debuted with the release of their first mini album “The Romeo” on May 7 2015 and held their debut stage on Mnet’s M! Countdown with their titletrack “Lovesick” on the same day.

Scroll for more
Tap
Happy Birthday to After School’s Raina!
Birthdays for May 8th, 2017!
Scroll