Eric Nam is spoiling us with an album spoiler for ‘Honestly’

Eric Nam is spoiling us with an album spoiler for ‘Honestly’

In the lead-up to the release of his third mini-album, Eric Nam has dropped an album spoiler for ‘Honestly‘.

The album which will have a total of six tracks will feature a who’s who of singers with Eric working with Jake Torrey, Rachel Siegel, Chris Wallace and Ingrid Andress for the album.  Urban Zakapa‘s Jo Hyun Ah, Epik High‘s Tablo and rapper Woodie Gochild are also credited with working on various tracks for the album.
Eric‘s rich and melodious voice is front and centre on all the tracks which are sung in a mix of Korean and English.

The singer had earlier released a lyric spoiler for his title track ‘Honestly‘.

Check out the lyric spoiler for ‘Honestly’ 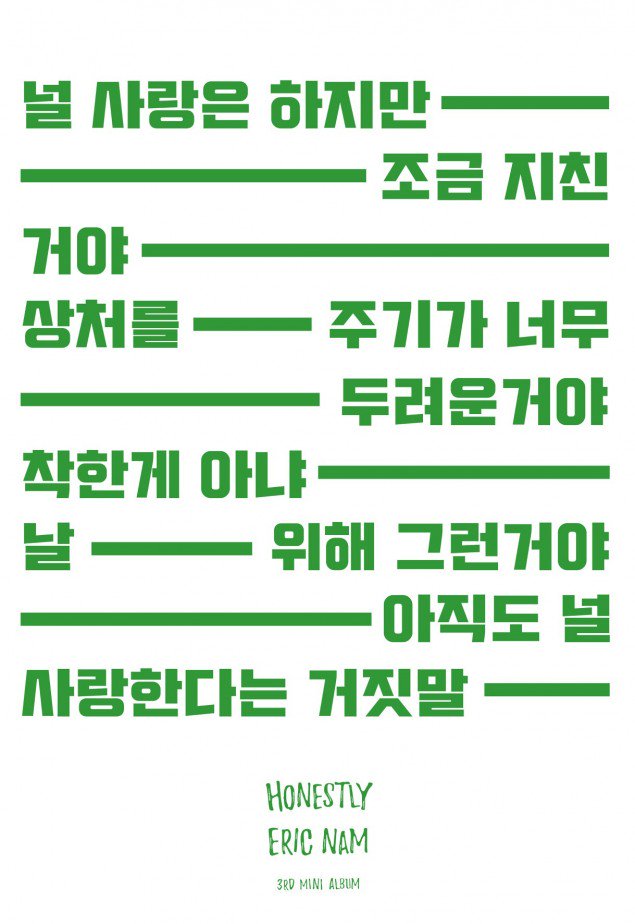 Eric Nam will release ‘POTION’ on April 10 at midnight KST followed by his third solo album ‘Honestly‘ which is scheduled for release on April 11 at 6pm KST.

What do you think of the album spoiler for ‘Honestly‘ from Eric Nam?  Do you like the sound of the tracks on the album?  Let us know your thoughts in the comments below.