Eric Nam is golden in cover image for ‘Miss You’

Eric Nam is golden in cover image for ‘Miss You’

On October 28th, Eric Nam revealed the album cover image for ‘Miss You‘. He made his comeback on October 30th at 6pm KST with title track ‘Miss You‘. This is his first comeback in six months, since his release of third mini album ‘Honestly‘. 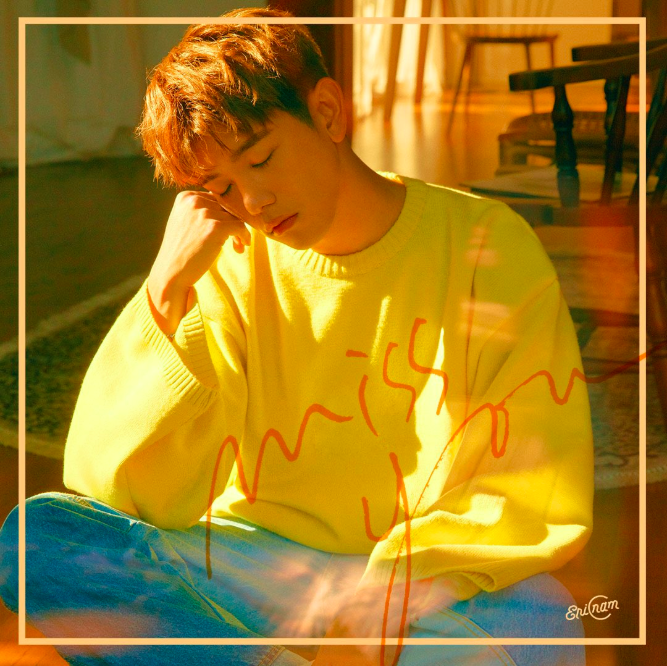 In the album cover, Eric rests peacefully while sitting upright and cross-legged. The setting is his home, which would make the song have a domestic feel. He is wearing a bright yellow jumper, which matches the sunlight coming in from the window. It illuminates his features and makes his hair look a golden-brown colour. The words “miss you” are handwritten in the album cover.

What do you think of this teaser image? Let us know in the comments below.