DAY6 keep the teasers rolling for ‘Shoot Me: Youth Part 1’

DAY6 keep the teasers rolling for ‘Shoot Me: Youth Part 1’

DAY6 have kept the teasers coming in the lead-up to the release of their upcoming album ‘Shoot Me: Youth Part 1‘.

Let’s do a recap of the teasers we’ve seen so far.

Only just released, is the teaser image for Young K.  He’s posed looking into the camera with what appears to be a bullet hole in the bottom left of the image.  The words ‘Vicious Words Hurt Like a Bullet‘ appear at the top of the image.  Could they be lyrics from the title track?

There’s also a moving poster image, where he glares into the camera, but as we all know, the glare is part of his charm. 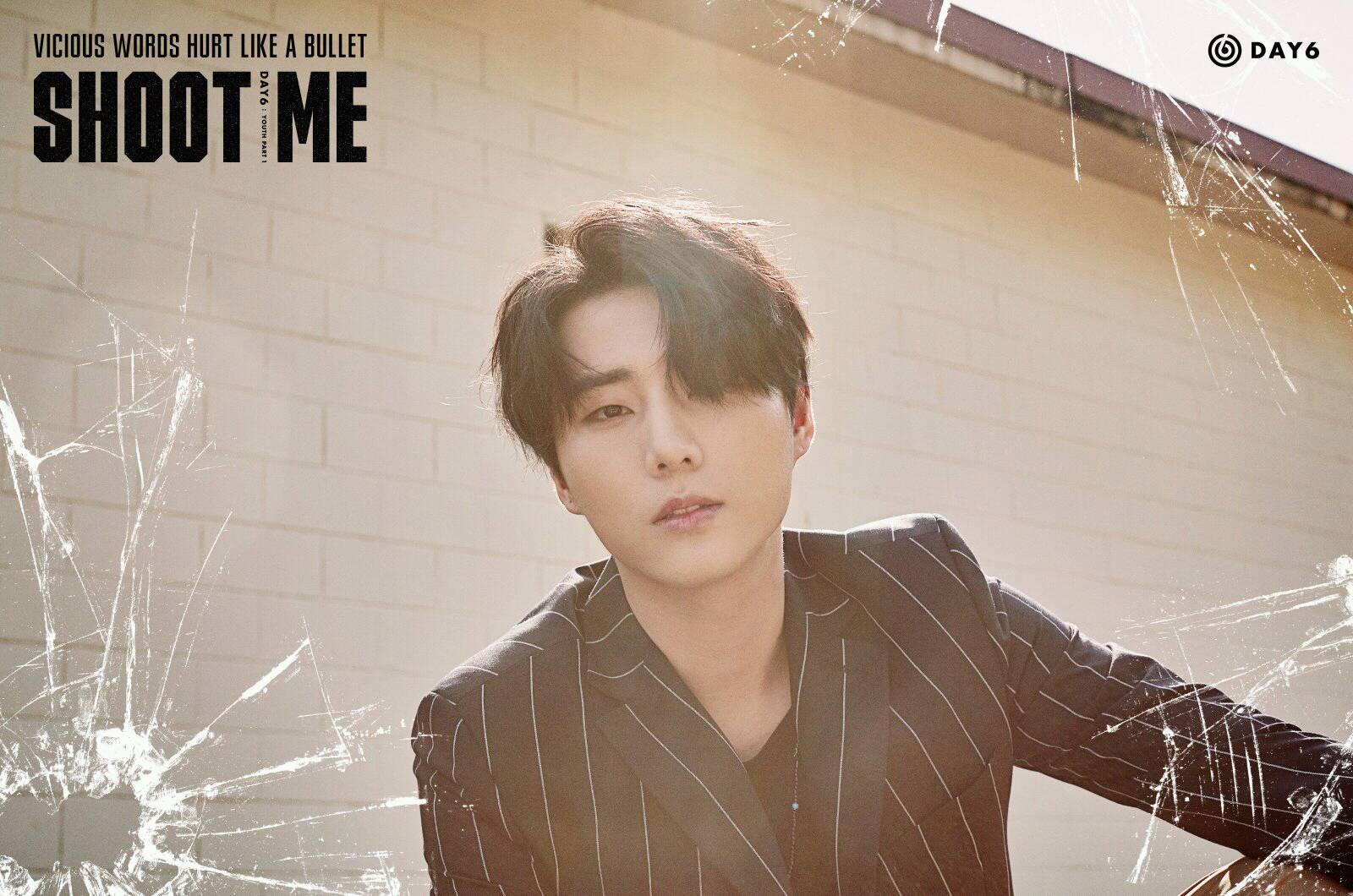 Jae‘s teasers were released yesterday and as we would expect from him, he’s totally everyone’s bias wrecker in the image and the moving poster.  In the image, we again see the bullet hole and the words that appeared on Young K‘s teaser image.

In the moving poster Jae looks through the camera with a mix of disdain and pain (which we all know is so far from the goofball he really is). 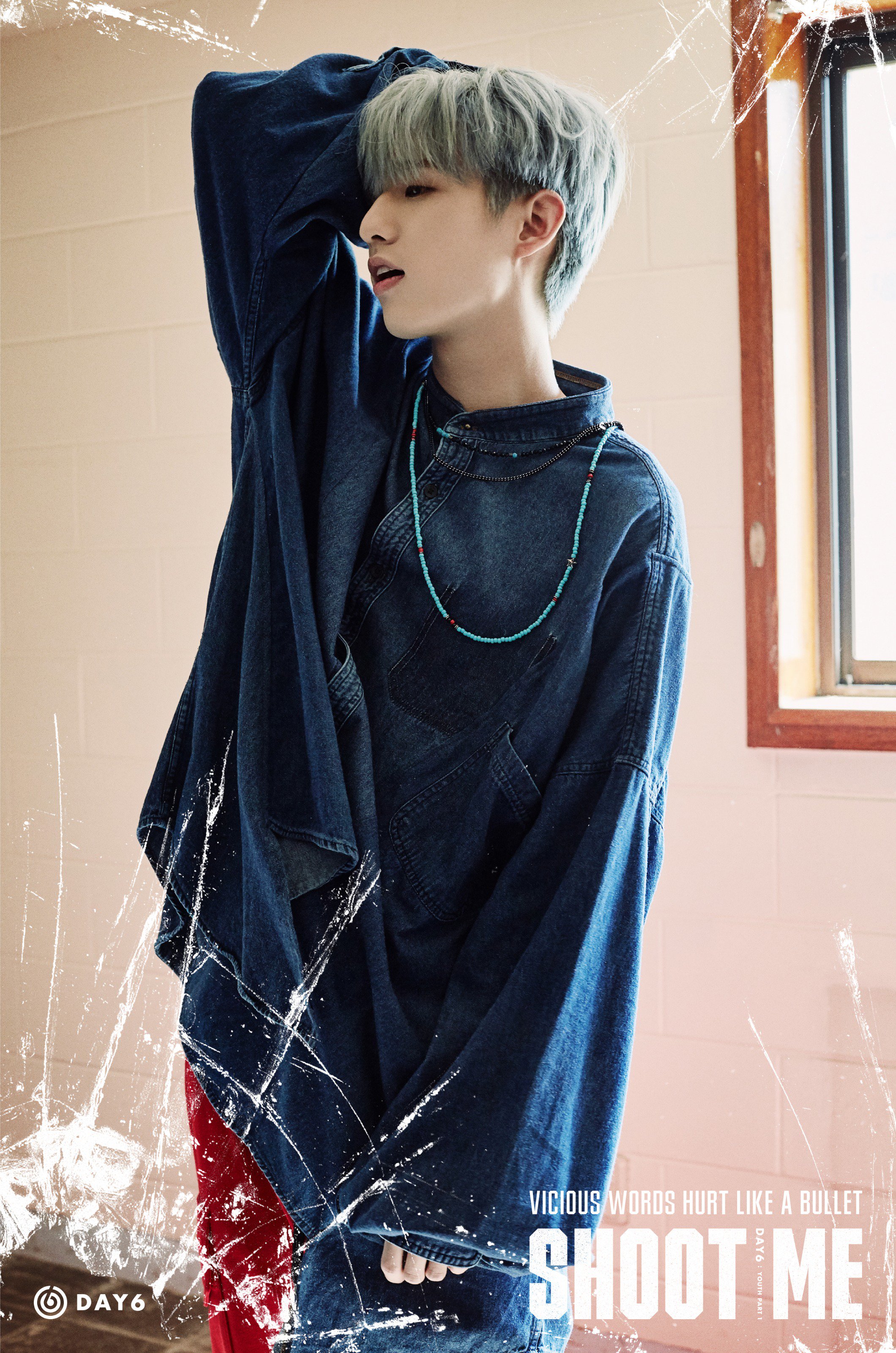 Sungin‘s teasers were the first of the group’s to be released.

In his teaser image, he takes on a hard-edge with a cold pose that has a blue background which only adds to the mood of the shot.

In the black and white moving poster Sungjin looks up at the camera with an expressionless face, which doesn’t manage to hide the charisma radiating off him at all! 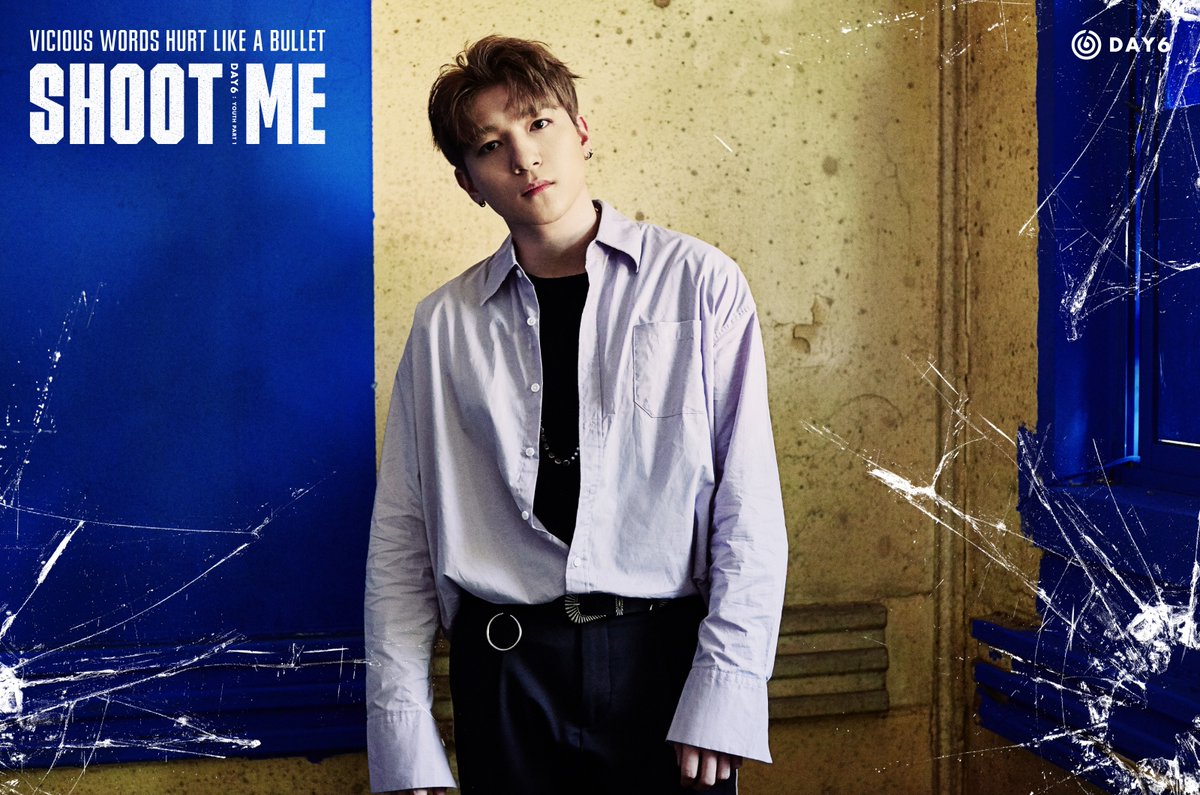 The group have also dropped the album packaging details (or the ‘User Guide’) for ‘Shoot Me: Youth Part 1′.

Looks like there will be two versions of the album – the Bullet version and the Trigger version.  Both versions will feature a photobook and other goodies.

DAY6‘s new album ‘Shoot Me: Youth Part 1‘ is scheduled for release on June 26 at 6pm KST.  The group will be holding a comeback show on the same day at 8pm KST.

What do you think of the moving posers and teaser images released so far?  Do you have a favourite, or is your bias still to drop?  Let us know your thoughts in the comments below.