This upbeat song was produced by some of K-Pop’s most successful and well known writers and producers in the world. Drew Ryan Scott (EXO, Girls Generation, SHINee, TaeYang and TVXQ), Andreas Oberg (Nu’est, Girls Generation, Boa, Kim Hyun Joong, VIXX), and Alex Niceforo (VIXX’s hit song, “I Don’t Want To Be An Idol”) are no strangers to the K-Pop scene.  They are taking the K-Pop style and blending it with American style to give us something new and fresh; AK-Pop.

Chad showed his happiness by stating, “I’m really grateful to be working with Drew, Andreas and Alex on this song. They are so talented and are true international artists.”

When asked about what message he wished to convey through “Used 2 B”, Chad let us in on what to expect.

“The Song is called “Used 2 B”, which symbolizes a guy changing for a girl he develops feelings for. He used to be “bad”, but this new girl in his life is making him want to change and become a better person for her. The music video follows this concept by showing a developing romance that all comes crumbling down at the point where the girl was ready to give her heart away. You’ll have to watch the music video to see what happens next.” 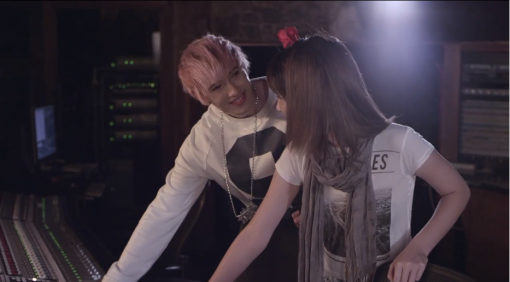 Along with the song, the music video will also show the story of a “bad boy” turning “good”. Chad  shared that this was his first story-line music video and some of the shots were inspired by the Korean drama series, “Heirs”.

“It was fun to do more acting scenes in this video and I really love the way it came out. I hope everyone enjoys it and gives it a lot of love!!”

The full music video is set to be released Friday, February 7th. In the mean time, you can check out the teaser for “USED 2 B” below and also purchase the track today on iTunes.

Are you excited for Friday to come? Let us know in the comments below.

Don’t forget to subscribe to ChadFutureVEVO to see the world premiere of the MV this Friday.