BTOB‘s leader and main vocalist Eunkwang has dropped the final funny teaser in the lead-up to the group’s comeback with ‘Brother Act’.

The teasers that we have seen from the other band members have been hilarious and Eunkwang‘s is certainly no exception.

The singer is walking along a beach being serious and enjoying the day and his location, when a bunch people come along who look like they are setting up for a photo shoot.  Eunkwang ends up getting knocked left and around trying to dodge people and equipment.  It completely ruins the serene mood of his video!

The tracklisting for ‘Brother Act’ has just been released as well.  There are a total of 13 tracks on the album, including the title track ‘Missing You’.  Other tracks include ‘My Lady’, ‘Guitar (Stroke of Love)’ and ‘Fly Away’.

Take a look at BTOB’s tracklist for ‘Brother Act’ 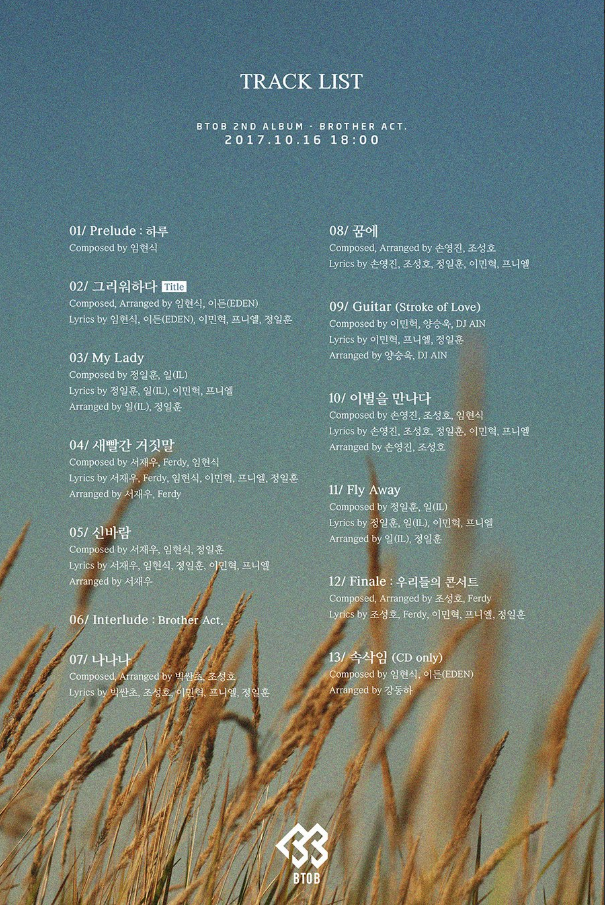 ‘Brother Act’ is scheduled for release on October 16 at 6pm KST.

Now that we’ve seen all the teaser clips, do you have a favourite?  Which one is it?  Let us know in the comments below.