Get ready to be invaded by six lovely ladies for the month of November! Three Angles Production is bringing APINK to your countries for their Asia Tour.

On November 25, 2016 Friday, the girls will be having their show in Kallang Theatre. While on November 27, 2016 Sunday they will be in the Philippines and their show will be held in The Theatre of Solaire.

Last June 24, 2016, APINK were in the Philippines as they were included in the line up for the MTV Music Evolution 2016 that was held in Mall Of Asia, Concert Grounds. It has been 4 months and they’re coming back again! Filipino Pink Pandas are really excited and they can’t wait to see them once more!

Three Angles Production have just released an announcement regarding the tickets in the Philippines and more information about the show. See below!

The launching of the VVIP tickets will be on October 9, 2016. See below!

Number of Tickets Per Pax: Each Person is entitled to purchase a maximum of 4 tickets at the ticket launch at HARD ROCK CAFÉ MAKATI.

Also the seat plan has been released. See below! 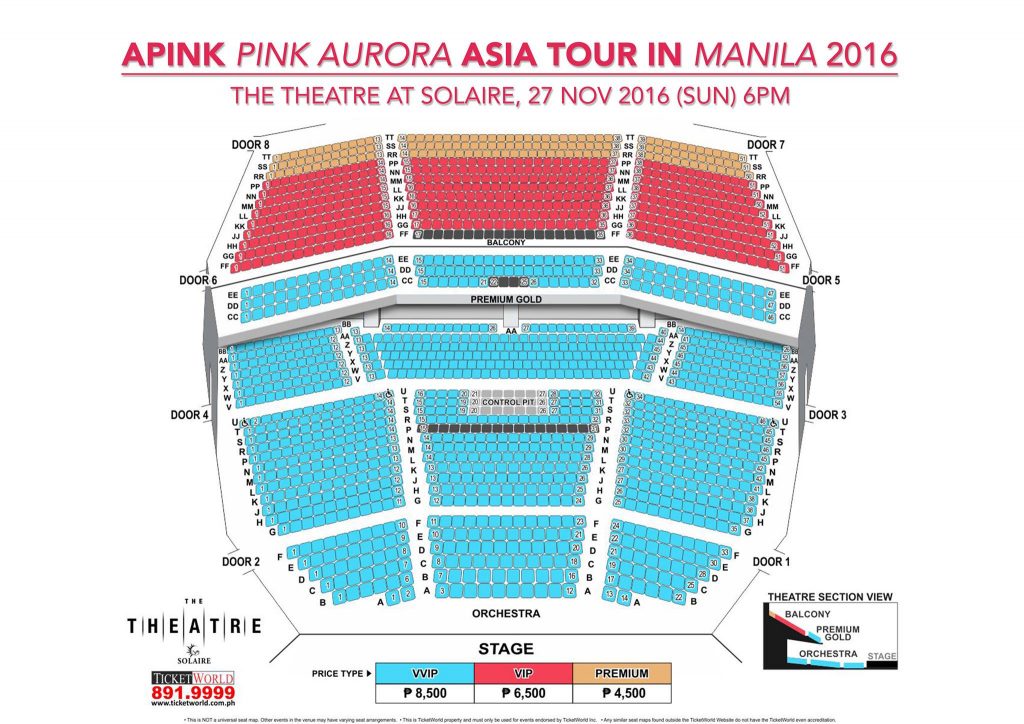 For more information about the tickets and ticket launch in Singapore, see below!

For Singapore, the CAT 1 VIP ticket launch will be on October 8, 2016 Saturday.

Number of Tickets Per Pax: Each Person is entitled to purchase a maximum of 4 tickets at the ticket launch at Kallang Theatre.

The seat plan has also been released. See below! 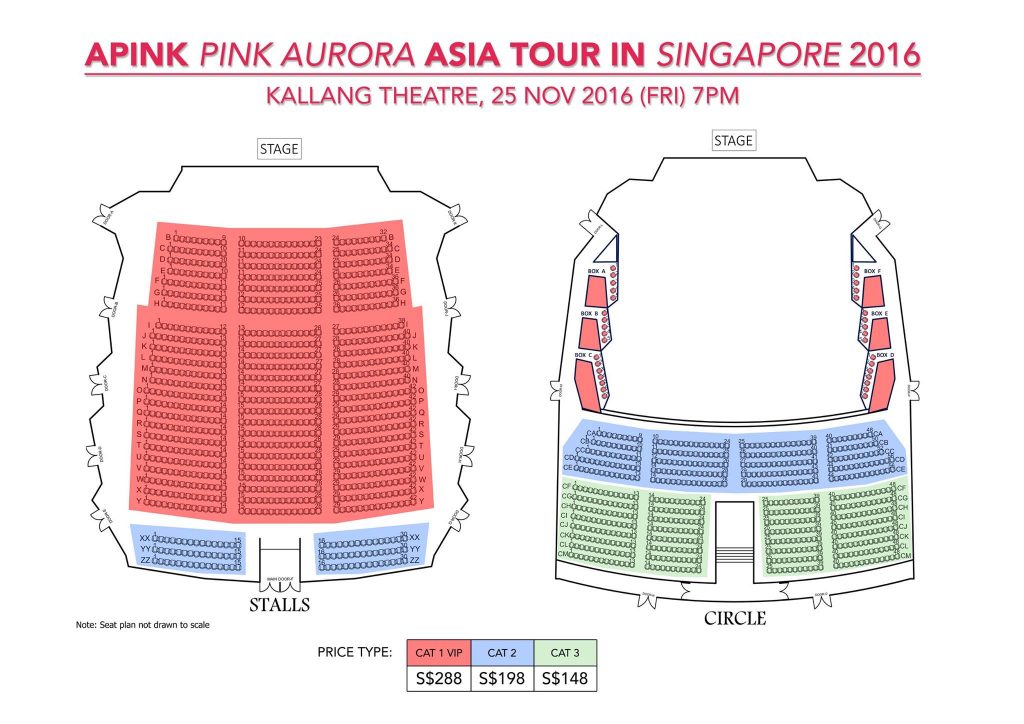 To know more about the show in Singapore and Philippines, you can visit Three Angles Production Facebook page (click here).