The 2018 Pyeongchang Winter Olympics kicked off with a (Big) Bang!

The 2018 Pyeongchang Winter Olympics kicked off with a (Big) Bang!

The 2018 Winter Olympics are underway in Pyeongchang, South Korea and K-pop fans around the world couldn’t be more excited right now.

The opening ceremony featured many memorable and moving moments, but the one that had K-pop fans most excited was when the athlete’s started to enter the arena to the sounds of some of our favourite K-pop acts.

Through the loud cheers from the capacity crowd, you could hear the sound of tracks from every K-pop fans playlist welcoming the athletes of the world to the Olympics.

It was a proud, even if slightly unexpected moment.

Hit tracks including Psy‘s ‘Gangnam Style’, TWICE‘s ‘Likey’, BIG BANG‘s ‘Fantastic Baby’, BTS‘ ‘DNA‘ and Red Velvet’s ‘Red Flavor’ were played as athletes from around the world walked with pride and joy waving the flags of their countries and greeting spectators. 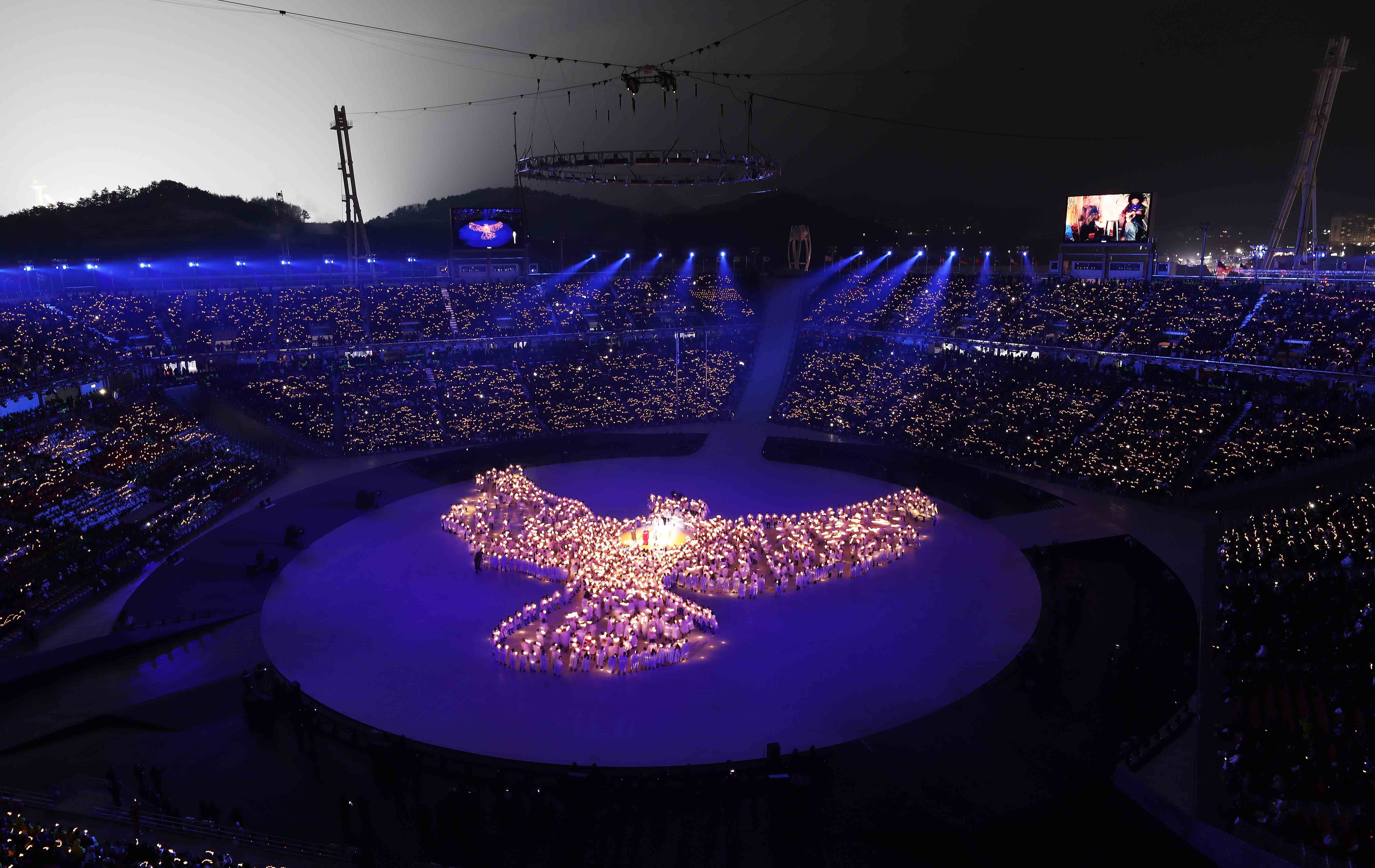 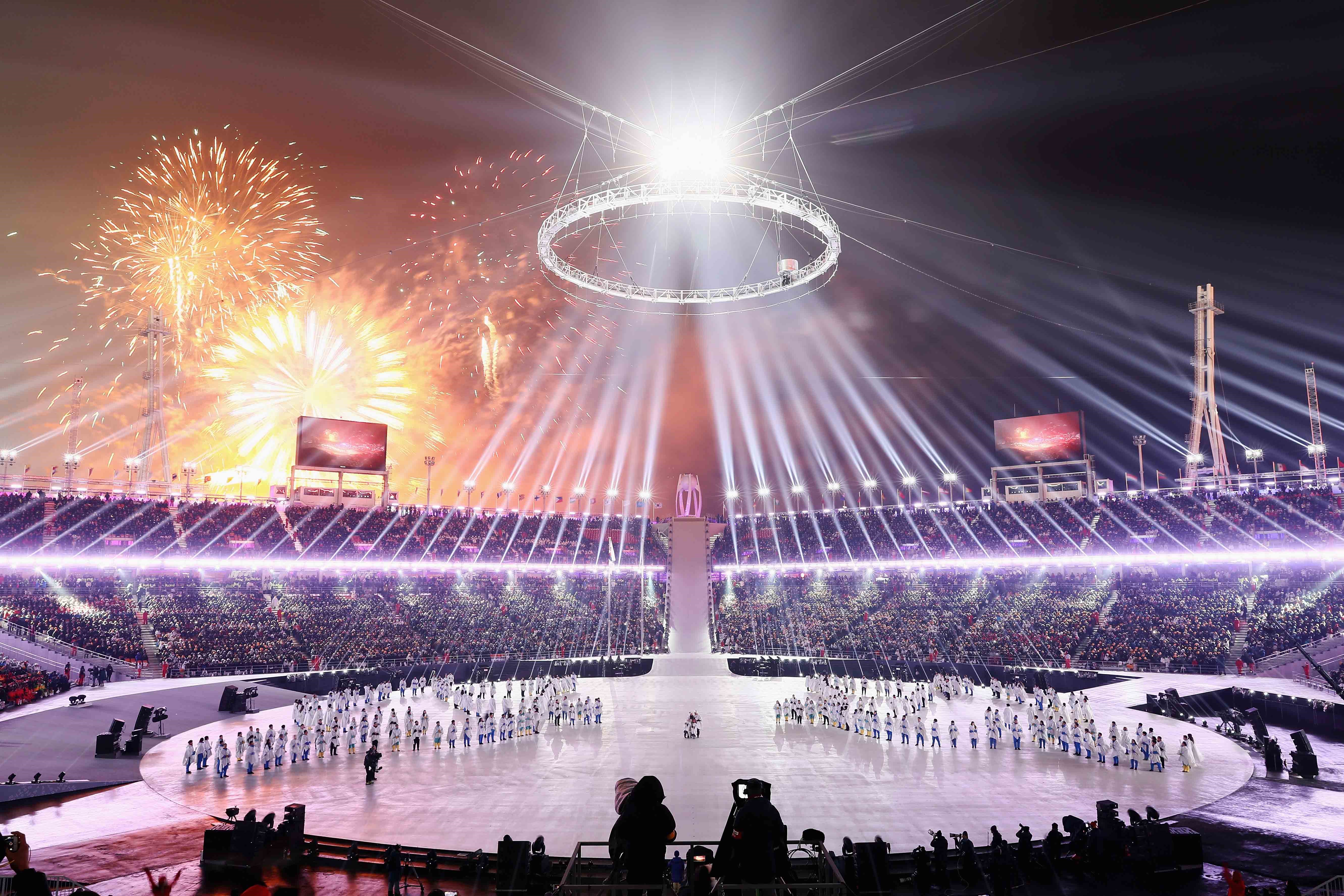 The ceremony also included Korean songs going back to the 1950s. The parade of Olympians started off with ‘Hand In Hand‘ by Koreana, which was the official theme song from the Seoul Olympics back in 1988. The North and South Korean teams marched in together under one flag to the traditional folk song ‘Arirang‘.

Then to add an even more memorable moment to the ceremony, Deulgukhwa’s Jeon In Kwon, Lee Eun Mi, Guckkasten’s Ha Hyun Woo, and Bolbbalgan4’s Ahn Ji Young performed John Lennon’s ‘Imagine‘ together with the help of musicians from around the world. 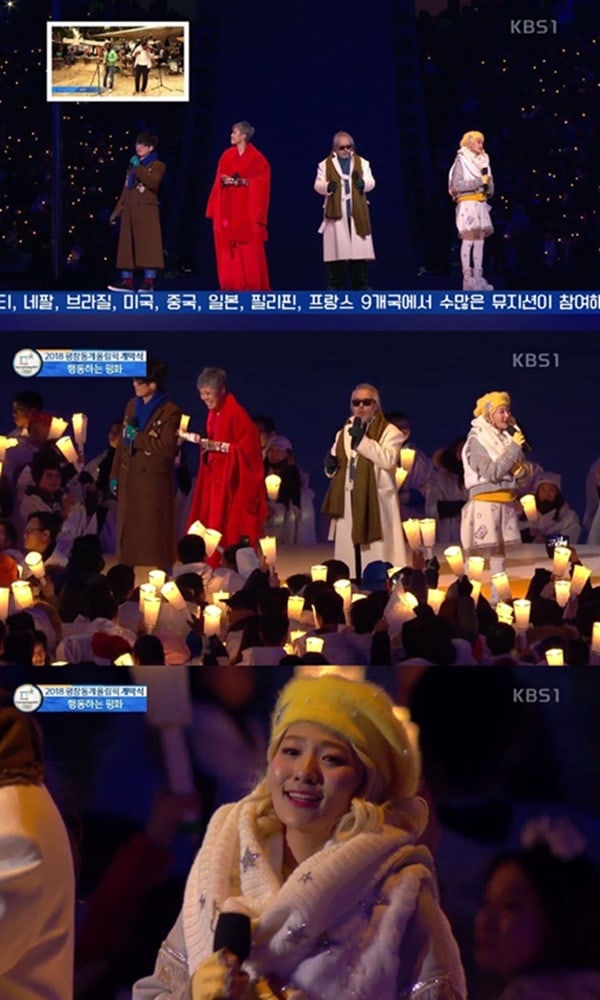 The opening event, which promoted peace and harmony, was overflowing other awe-inspiring elements as well, including fireworks, dancers performing a segment titled ‘The Land of Peace’, and stunning light installations. At one point, more than 1,200 drones lit up the Pyeongchang sky to depict athletes in action.

Take a look at the 1,200 drones forming the Olympic Rings

In news that will surely keep K-pop fans happy, it has been revealed that EXO and CL will be amongst the K-pop acts who will perform at the closing ceremony for the 2018 Winter Olympics.

What was your favourite part of the opening ceremony?  Were you excited when you heard the athletes entering to K-pop songs?  Let us know your thoughts in the comments below.