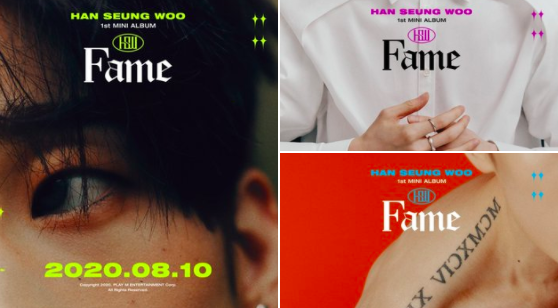 Former X1 and current VICTON leader Han Seungwoo will be making his debut with ‘Fame‘ on August 10th! After the disbandment of X1 in January this year, he returned to VICTON to participate in group activities. He is the first VICTON member to make a solo debut and the third former X1 member to do so.

Check out the first teaser images and promotion schedule below!

The three image teasers all represent the different album versions. They all have different vibes: innocent, classy and sexy. These are all traits to describe Seungwoo himself.

What do you think about Seungwoo‘s image teasers and promotion schedule for ‘Fame‘? Let us know in the comments below.