UP10TION/’Produce X 101”s Lee Jinhyuk is gearing up for solo debut with scheduler!

UP10TION/’Produce X 101”s Lee Jinhyuk is gearing up for solo debut with scheduler!

On October 18th, UP10TION member and ‘Produce X 101′ contestant Lee Jinhyuk dropped his debut scheduler for his solo debut. Check it out below! 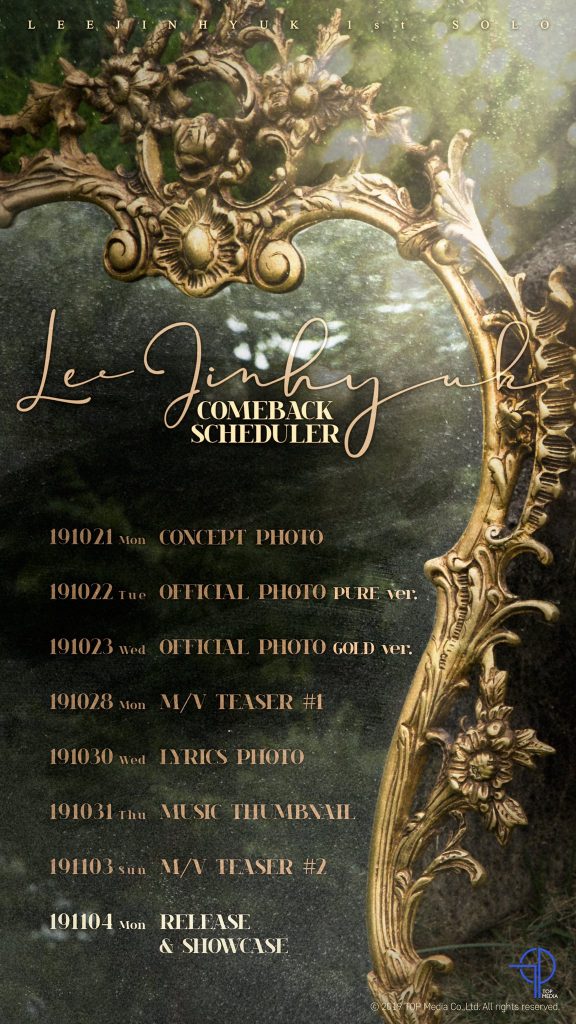 The image showing a gold embellished mirror is emanating royal concept vibes. We’ll be getting official concept photos from the 21st through to the 23rd with ‘Pure’ and ‘Gold’ versions. This shows that there will be two versions of the solo release.

On the 28th, we will get the first MV teaser, then lyrics, a music thumbnail, and second MV teaser. All will lead up to the showcase and final release on November 4th!

It is unknown whether this will be an album or single, but fans are very excited especially after the boost in popularity that the UP10TION member received from his participation in ‘Produce X 101′ (rank #14). As a result, he’s been busy holding solo fan meetings in Korea, Thailand and Taipei.

He is currently taking a break from UP10TION activities but is assumed he will join UP10TION in their next comeback.

How do you feel about Jinhyuk‘s solo debut? Let us know in the comments below!