The Korean version of ‘Suits‘ is only days away from it’s premiere – so let’s all get ready for the return of Park Hyung Sik to television.

In the official poster (above), the cast members are lined up between the letters of the show title ‘Suits‘.  Jin Hee Kyung, Park Hyung Sik, Go Sung Hee, Jang Dong Gun, Chae Jung An and Choi Gwi Hwa are all dressed in business clothes, that match with their roles as members of Korea’s top law firm Kang & Ham. The characters stride confidently amongst the bold, red letters.

In his character poster, Jang Dong Gun sits confidently in his chair as Choi Kang Suk. His caption reads, “He only thinks of winning.”

Park Hyung Sik perfectly embodies his character Go Yeon Woo, a young man with a photogenic memory. He wears a suit with sneakers and is perched on a bicycle. His caption reads, “It is not luck, but choice, that defines fate.”

Jin Hee Kyung has a commanding presence as Kang Ha Yeon, the leader of the law firm. Her caption reads, “She rules the law firm elegantly and unwaveringly.”

Chae Jung An looks cool and stylish as Hong Da Ham. Her caption reads, “She deals with things on her own, quickly, and quietly.”

Choi Gwi Hwa has his arms crossed, full of drive and ambition, as the law firm’s second-in-command Chae Geun Sik. His caption reads, “He wants to become a legend no matter what.”

Check out the character posters for ‘Suits’ 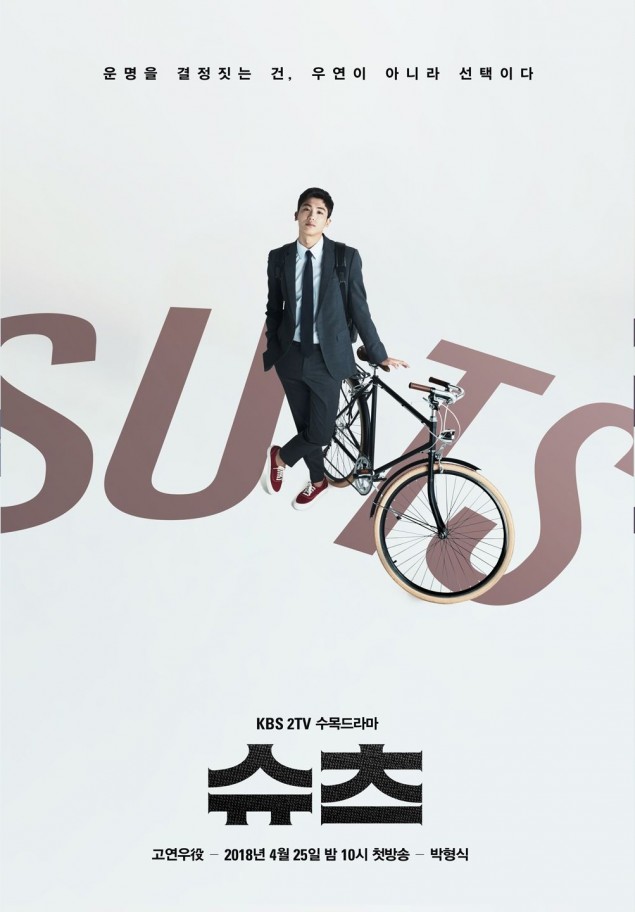 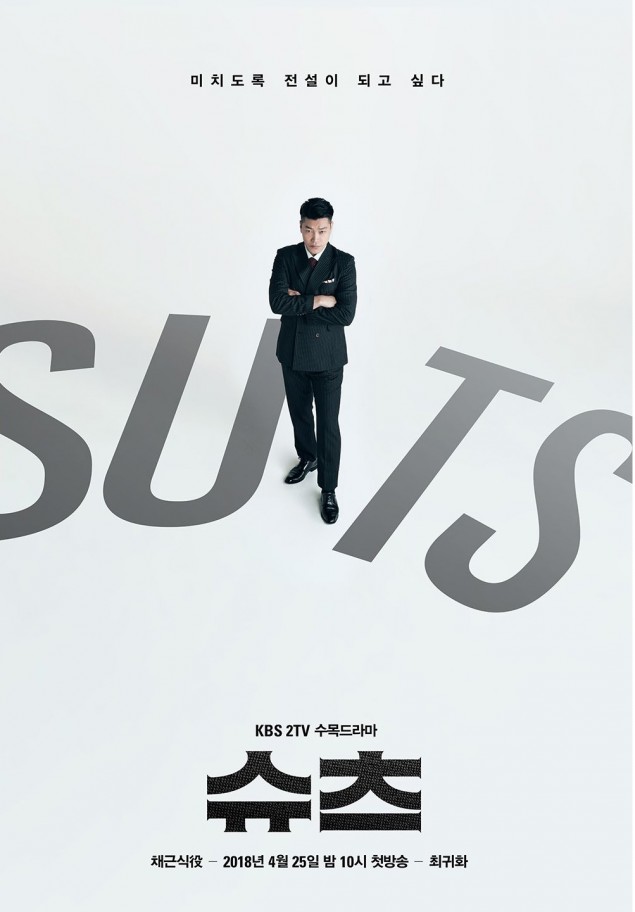 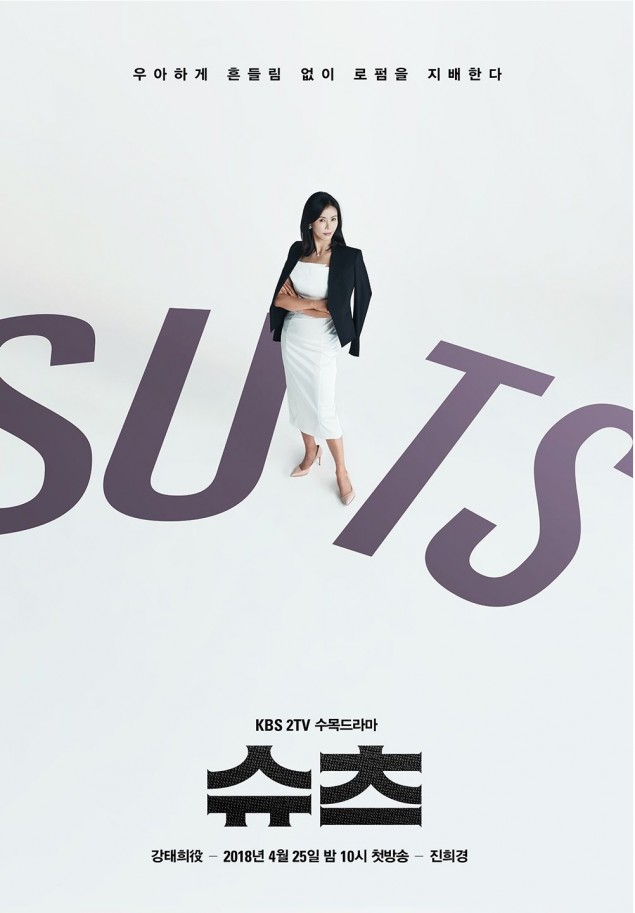 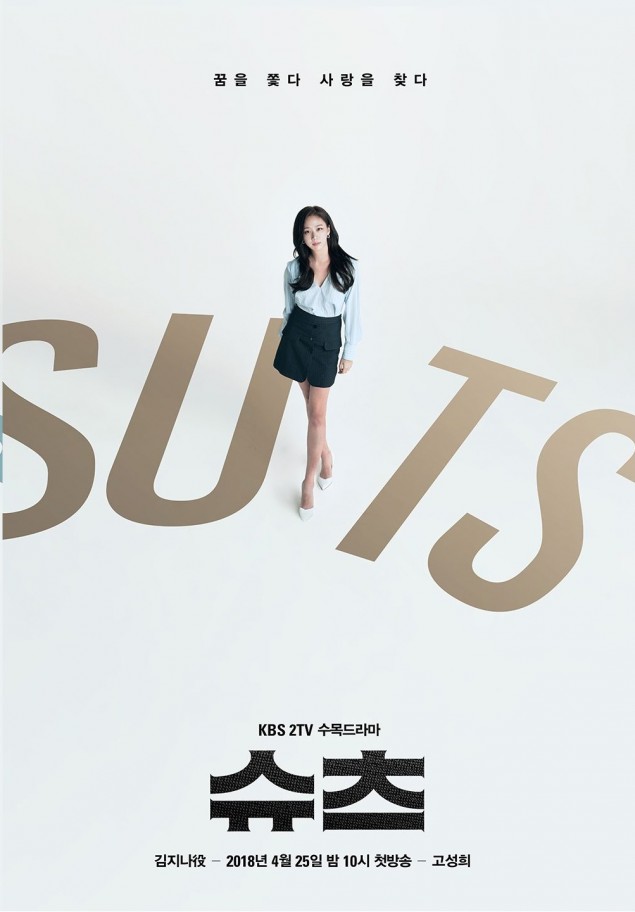 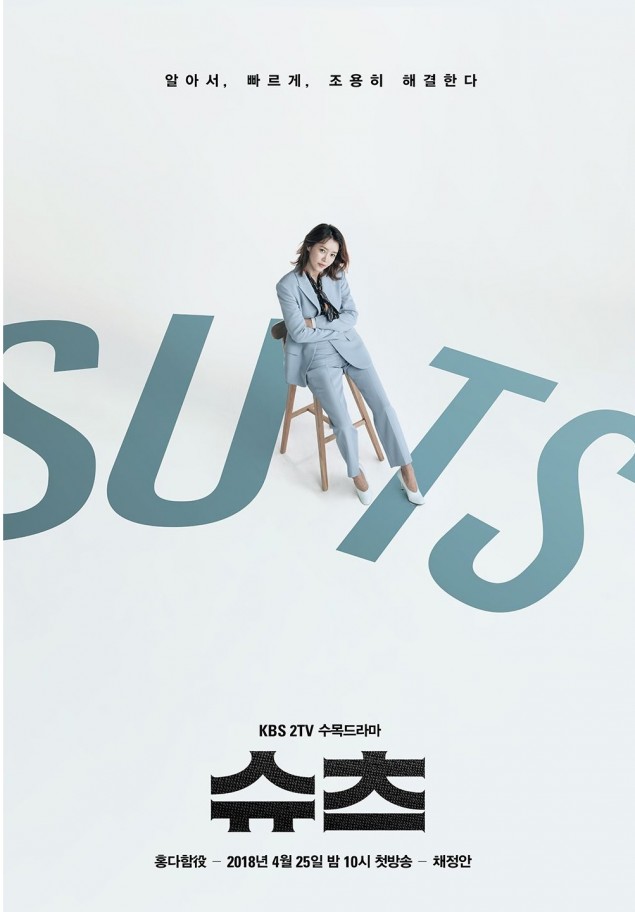 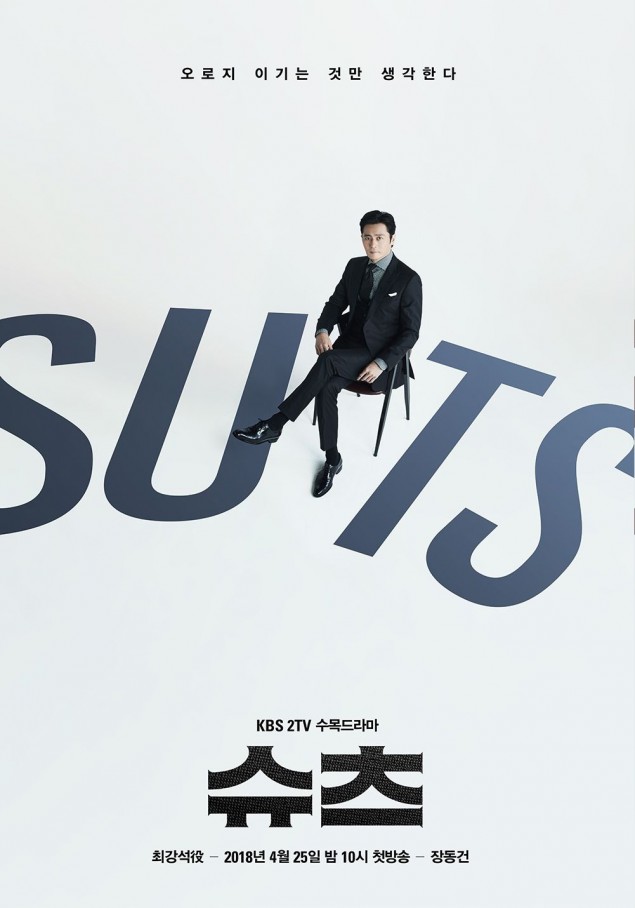 The drama will make its debut on April 25 at 10pm KST.

Are you looking forward to the Korean version of ‘Suits‘?  What about the return of Park Hyung Sik to television?  Let us know your thoughts in the comments below.