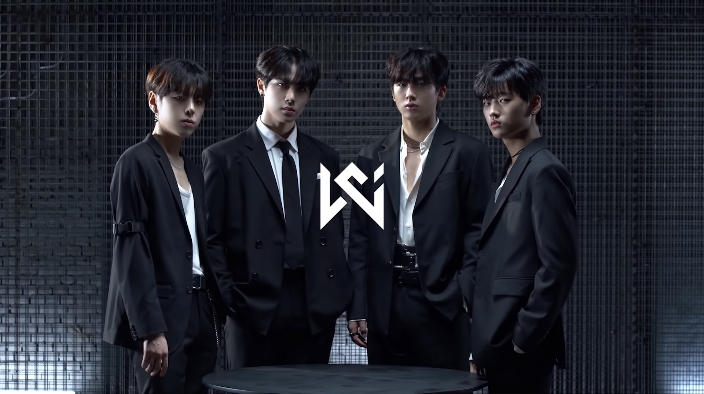 On July 10th, OUI Entertainment released an image film for their upcoming boy group, WEi (pronounced “We-Eye”). On the same day, they released a dated poster with the members’ names on it. Check the teasers out down below!

In the image film, we get introduced to four members of the new group as they all do random tasks such as typing and calling people. Consequently they all meet each other at a table with a red stamped letter. The members include:

All of the members exude charisma with dark lighting in the sets and them in clean black suits. A poster released on the same day with the name ‘Ouiboys’, which was what the group of trainees under OUI Entertainment were called. In an acrostic poem form, the four members’ names are weaved into that name. The poster features an office desk filled with files and papers, which were also seen in the image film. Furthermore, there is a date on the poster, dating to July 10th, which is the date the poster was released.

How do you feel about the new teasers for WEi? Let us know in the comments below!

Scroll for more
Tap
GFRIEND increase their hype by dropping the highlight medley for ‘回: Song of the Sirens’ + release a sultry and horror inspired 1st MV teaser for ‘Apple’!
ATEEZ take you on a journey into their minds in their ‘Diary Film’!
Scroll