KANG DANIEL comes back with fun cheerful ‘2U’ MV! 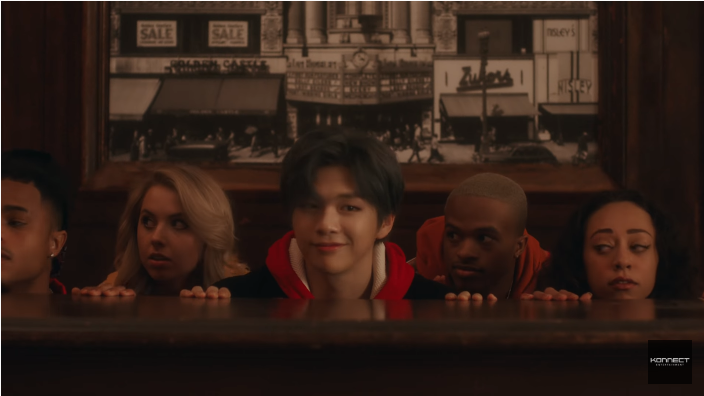 KANG DANIEL comes back with fun cheerful ‘2U’ MV!

On March 24th, Kang Daniel dropped the MV for the title track, ‘2U’ off his 2nd mini album, ‘Cyan. Check it out below!

The song’s lyrics describe the cute dynamic of walking alongside, following and waiting for a loved one. The MV starts with the singer sneaking into a theatre past the asleep security guard. Him and a bunch of friends all dance a relaxed but cohesive choreography on the stage before being spotted by the guard and all try running away. The MV ends with the group eventually get caught hilariously in hiding and the singer being put onto after hours cleaning duty.

Kang Daniel‘s 2nd mini album, ‘Cyan’ contains five tracks, out now, including the previously released single, ‘Touchin”. How do you feel about the singer’s return? Let us know in the comments below!