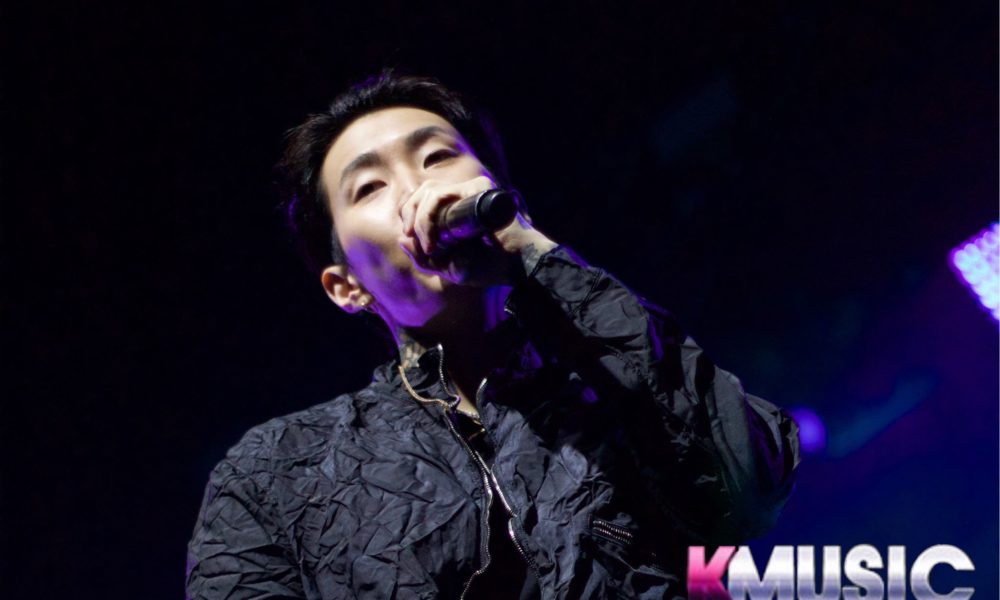 It has been eight years since we saw Jay Park live in Australia and he has gotten bigger and better than ever. Jay opened up with some of his hits like, ‘Forget About Tomorrow’, ‘On Fire’ and also ‘Me Like Yuh’ which included some amazing dancing with his talented back up dancers by his side for most of the show.

In between some sets, he had a chance to first greet the crowd and also have talk with fans. He joked around a lot and even gave us a perfect Australian accent! He brought up how he hasn’t been here for eight years and how this is his last and final stop for his tour. Jay‘s been travelling all over the world and he wanted to make his last show unforgettable.

He left us all with our jaws on the ground, especially with his dance performances to ‘Replay‘. Fans cannot forget the part when he took his top off! He never failed to make us laugh and even took notice to all the bras he found on the floor. He mentioned how they must have good aim!

Jay kept the same energy throughout the whole show! He did his best in every performance making everything look so effortlessly. Jay performed quite a show which the fans absolutely loved, the songs included ‘V’, ‘All I Wanna Do’, ‘Sexy 4 Eva’, ‘Soju’, ‘K-Town’, ‘Iffy’, ‘Mommae’, ‘Giddy Up’ and many many more! Even though he performed quite alot of songs JWalkers wished it would never end.

To kick off the show we had Dj WEGUN come out and hype up the crowd with a mix of songs. The crowd totally loved it! Each song had the crowd on their feet dancing and singing along to the songs.

Shortly after Woodie Gochild enters the stage with big energy getting the crowd going and performing some of his very own hit songs including, ‘YATA’, ‘Cotton Candy’ and ‘Let’s Get It’. He joined Jay Park later on in the night and performed a couple more songs like ‘Water’. Fans just couldn’t get enough.

Punchnello is another talented artist that had a solo stage. He performed some of his own songs in his Durag rocking the stage! Some songs that he rocked the stage with were ‘Chill Out’ and ‘Magma’. He also slowed things down with a performance of his new music that the crowd knew every word to like his latest hit ‘Doodle’ featuring Yerin Baek!

Yumdda, also a very talented artist, surprised fans during the encore performing ‘Don’t Call Me’ with Jay Park and the crowd loved every second of it! Yumdda had many fans and the crowd sang along to every part of the songs. Yumdda mentioned how he’s also from Korea and also looks up to Jay Park, as he helped him a lot during tough times. It was great to see so much talent in one show!

Jay and his Australian ‘JWalkers‘ made his last stop unforgettable for everyone! Jay showed a lot of gratitude towards his fans for coming out to his show and supporting him through out all these years and also welcomed new fans! He showed just as much love back, making sure he reminded us to keep as safe as we can and to take care of each other. Jay brought up how he noticed that the Australian Bush Fire Crisis is currently ongoing. Jay left everyone so emotional as he announced that himself and AOMG donated $60K to the cause!

Jay went on walking around wearing a fan decorated Australian flag and continued to give us his all on stage. Down Under JWalkers definitely had a night to remember!

From the Dancers to the guest performers and even the times when Jay would sing A Capella – it was an unforgettable night! Who needs background music when you can show Australia your amazing vocals? The night was completely overflowing with outstanding talent and we couldn’t ask for a better night! JWalkers around the world are truly spoilt!

Did you attend Jay Parks ‘Sexy 4 Eva’ World Tour? What are your highlights of the show? Let us know in the comments below!

Thank you to kohai and Plus82 Culture for allowing Officially Kmusic to cover this event!

Scroll for more
Tap
BTS release behind the scenes footage of ‘Interlude : Shadow’!
Everglow releases out of this world MV for their latest comeback ‘DUN DUN’!
Scroll