Officially Kmusic would you like to wish Krystal of f(x) a happy 22nd birthday! 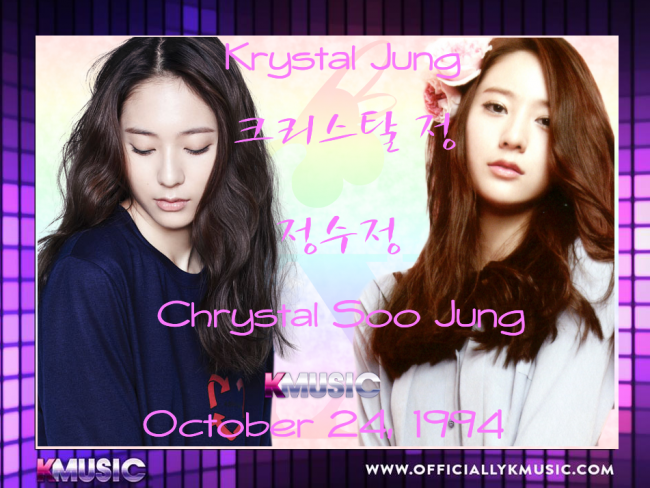 She co-hosted The M-Wave with Thunder of MBLAQ.

She has also been on Let’s Go to Dream Team 2.

In 2011 she did the theme song for SBS’s drama Sign called ‘Because of Me’ a duet with Super Junior’s Lee-teuk called “Grumbling” .

She has also worked with her sister, Jessica in 2012 and they did a song together called, ‘Butterfly,’ for the drama ‘To the Beautiful You.’

She is also part of SM the Ballad and has done songs with EXO’s Chen and TVXQ/DBSK’s Changmin.

Along with EXO’s Lay, she did a Chinese film called, ‘Unexpected Love.’