Boyfriend have just dropped a new concept image in the lead up to their seventh anniversary.

The image is bright and sun-filled with the members perched around a window that is flooded with sunlight.

The photo is in contrast to the teaser poster that was released a few days ago which is seen through a window covered with rain. 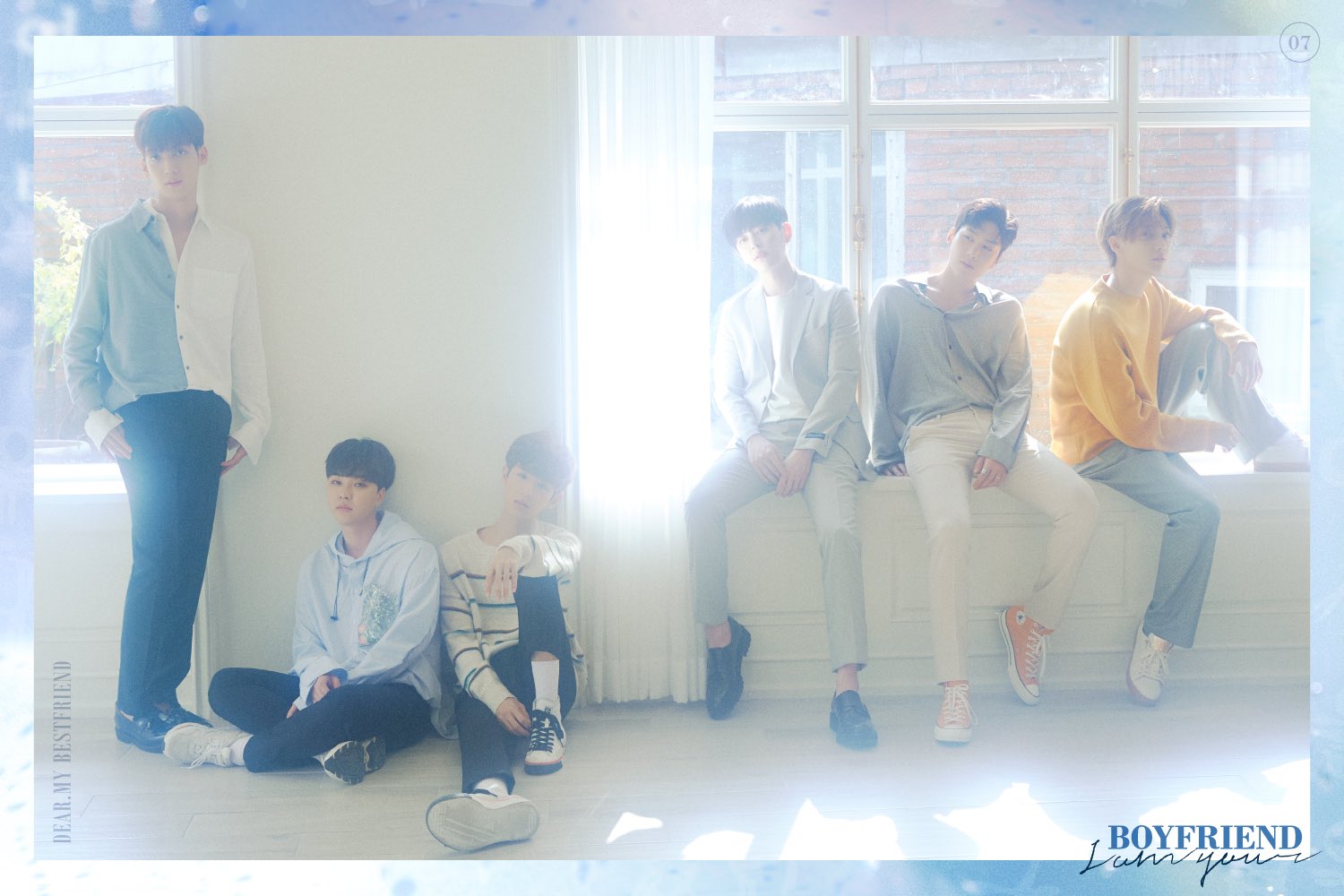 The first hint that we had of a comeback from the group was when they dropped a teaser image via their social media.  It was a poster that featured the text ‘Dear. My Best Friend’, and the announcement includes the hashtags ‘Sun Shower’ (literal translation), ‘Coming soon’, ‘7 years with Boyfriend’, ‘Best Friend’, ‘Special Present’ and ‘1st blue box’.

The main message is on a polaroid that is seen through a rainy filter.  The message reads, ‘After our time passes, I meet the end of those memories again. It’s a relief I can keep the promise that I’ll look across from you and laugh like this.’


Take a look at Boyfriend’s teaser 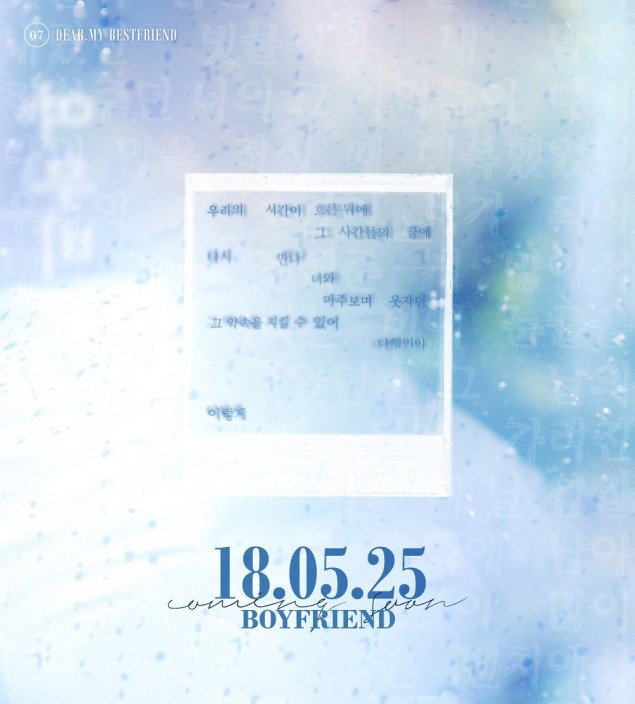 Boyfriend‘s special present will be released on May 25.  They will also be celebrating their seventh anniversary on May 26 with a fan meeting.